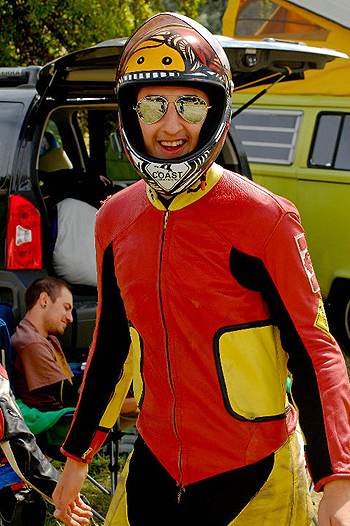 Luke Melo is currently seventeen years old and in his first year at the University of Waterloo doing a computer science major. He started skateboarding when he was eight years old and bought his first longboard at thirteen.

That first board got ran over so he picked up a slalom board instead. For three years he trained at slalom, and was the Canadian Junior Slalom Skateboarding Champion in 2006 and 2007. However, by 2008, he started moving away from slalom and focused more on downhill skateboarding.

His first IGSA race was the 2008 MHFOS, he qualified on the bubble postion 96th. Since then he has raced Maryhill twice and moved on to his first IGSA Europe tour in 2010. Since getting back from Europe he has been concentrating on school and hasn't been skateboarding much, but hopes to get back into the swing of things soon.

1.  Q: What sports do you compete in?
A: Downhill Skateboarding, baseball in spring. 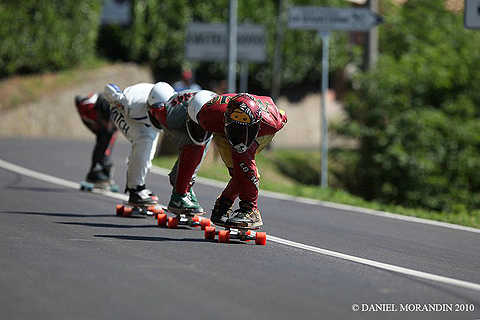 Luke during his first ever IGSA Euro tour at the Padova World Cup.

2.  Q: How long have you been riding and racing?
A: Ive been riding a longboard for 4 years, I’ve been racing for 3

3.  Q: What was your coolest moment in the sport?
A: Looking down over hairpin after hairpin at Col de la Bonette

4.  Q: What races do you plan to compete in this year?
A: Prince Edward County Gravity Fest 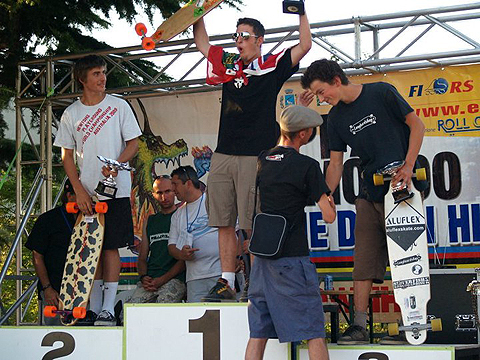 Luke on top of his game winning the J2 World Cup in Padova for Canada.   Photo: Pierre Gamby

7.  Q: What kind of equipment did you use?
A: Sector 9 Race, Kahalani trucks, Orangatang wheels.

9.  Q: Who are your favorite racers?
A: The Vulture Squad, CAAAAAAA

14.  Q: What are your hobbies?
A: Longboarding, playing guitar, computers. 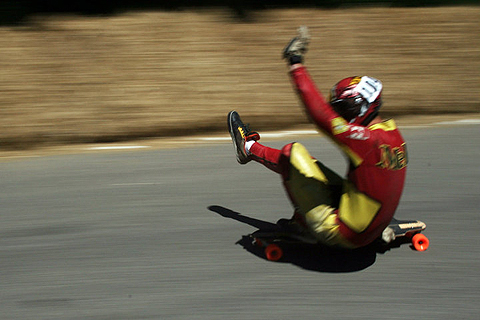 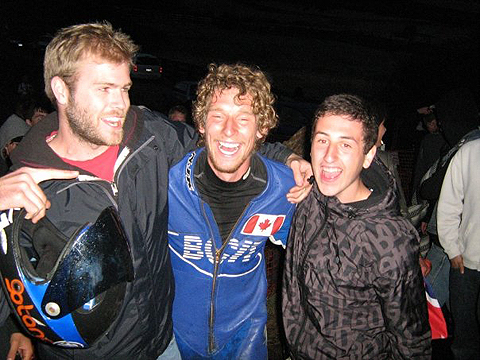