Lomba Grande, Novo Hamburgo - Mad Rats Downhill Challenge – São João do Deserto.  The final round of the 2013 IGSA World Cup Series is underway in south Brazil.  This legendary track of São João do Deserto apperas to be made for Downhill Skateboards. 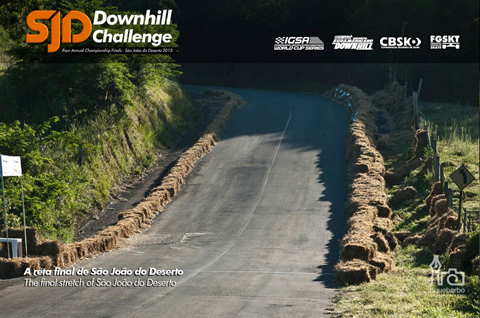 The combination of the asphalt, the nature, the hairpin, the top speed and the blind curve at the end of the race makes this hill one of the best circuits ever and surely not any other hill in Brazil was more skated that this one. 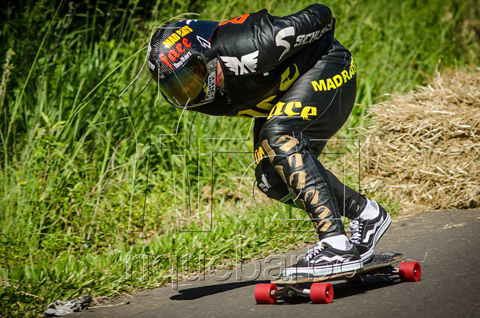 Since American Kyle Wester is not attending the race, American William Royce whom currently seats in 2nd place is the one to challenge Dalua at home.

2013 IGSA World Champions in Teutonia are attending the race and promise to bring the flashes to their performances.  São João do Deserto stays at rural área of Novo Hamburgo city called Lomba Grande that in english means Big Hills. The place is certainly one of the most influents of Downhill Skateboard all over the world. 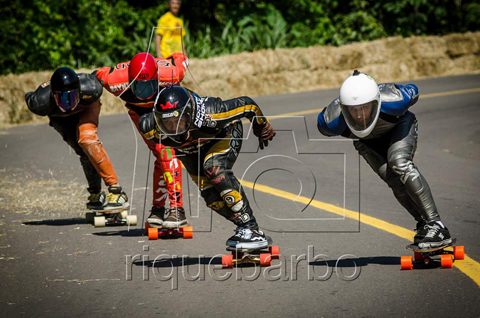 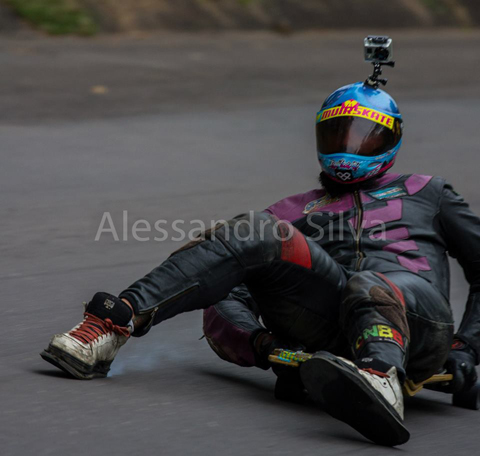 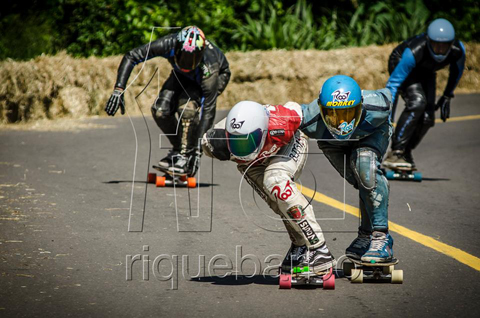 Day 1 was of practice runs and the 1st qualifying time of each discipline. Tomorrow 2nd qualifying will be offered to all riders and wheater forecast advise rain since the heat is savage. 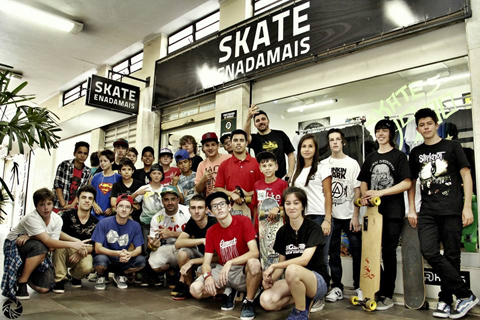 A signing with Douglas Dalua. Held at Skate Enadamais, was attended by friends and fans. Discussions, laughter, a lot of pen ink distributed in shapes, plus the draw of a set of wheels Skate Face Dalu S.F.E! Woof Bark Bark Woof