Carlos Paixão won his 2nd in a row at Teutonia 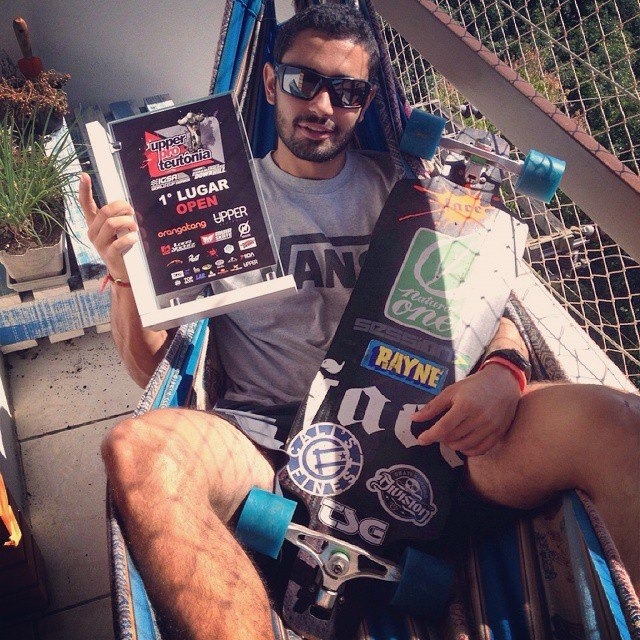 Three days of another epic race where we left behind unique memories of the fastest and most impressive activities of gravity sports ever seen and they will remain there forever. 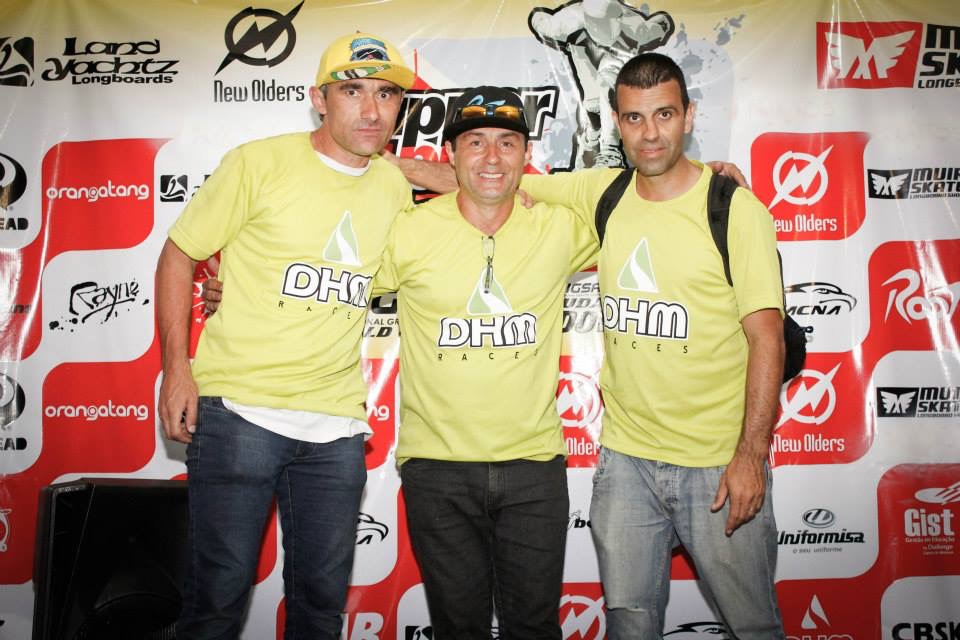 Ivandro da Silveira – Claudio Kaka Verardi – Alexandre Maia
Thanks go out to these three and the team below.

We know dirt surfers and street sled are not gravity sports but the incorporation of these 2 categories brought an enormous amount of fun and happy to the eyes of the crowd as well as of the riders.
Street Sleds were faster than street luge and those who were there to see the street sleds overtaking the street luges at more than 140km/h will certainly never forget that moment.

Photo: Cesar Lugnani
In Downhill Men, Carlos Paixão won his 2nd in a row and clinched the 2014 IGSA World Cup Series Championship after winning IGSA Padova World Championship early this year.
The final was a recall of 2013 against also Brazilian Max Ballesteros.   In the semi Max defeated Brazilian William Rubin who had the 2nd best qualifying time and was appearing as the one to beat Carlos Paixão.
After the defeat, William Rubin did not found power to overtake Silon Garcia at Consi and finished 4th with Silon in 3rd.
In Junior II, Otavio Fialho from Brazil held the pole position after the 2 qualifying runs on Saturday and was on his way to defeat the defending champion Yan Bertinati that is also the currently IGSA World Cup Series Champion for Junior II but crashed in the semi-final which allowed Yan to win his 2nd world cup in Teutonia in a row.
A reduced number of women in downhill skateboard confirmed due to how scary the Teutonia track is.  Current IGSA World Cup Series Champion, Brazilian Melissa Brogni, was just unbeatable and won her first cup at Teutonia with hooky Taylane Santos in the 2nd position. 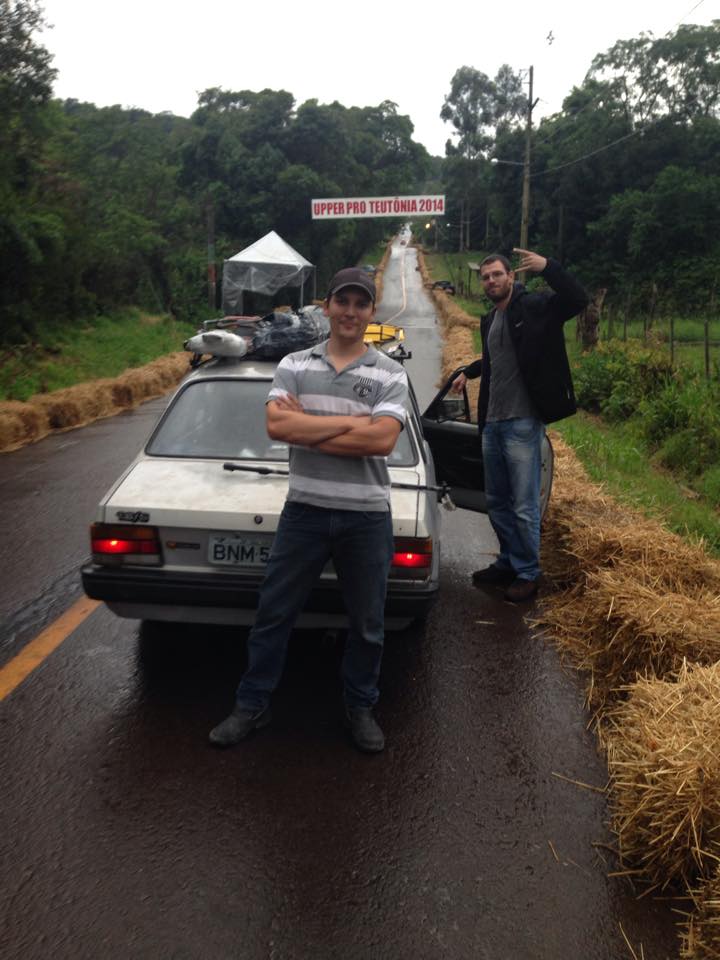 In Street Luge, Denis Araujo, from São Paulo, who won back in 2004 and 2008, set his 3rd win at Teutonia after missing the past years.  He has now joined Douglas Dalua and Walter Baresi who won Teutonia 3 times.  Current IGSA World Cup Series Champion, American Frank Williams, tried his best to beat IGSA Classic Luge World Champion, Brazilian Walter Baresi and it was for very little. An epic final with the IGSA Street Luge top speed record holder crossing the line shortly ahead. 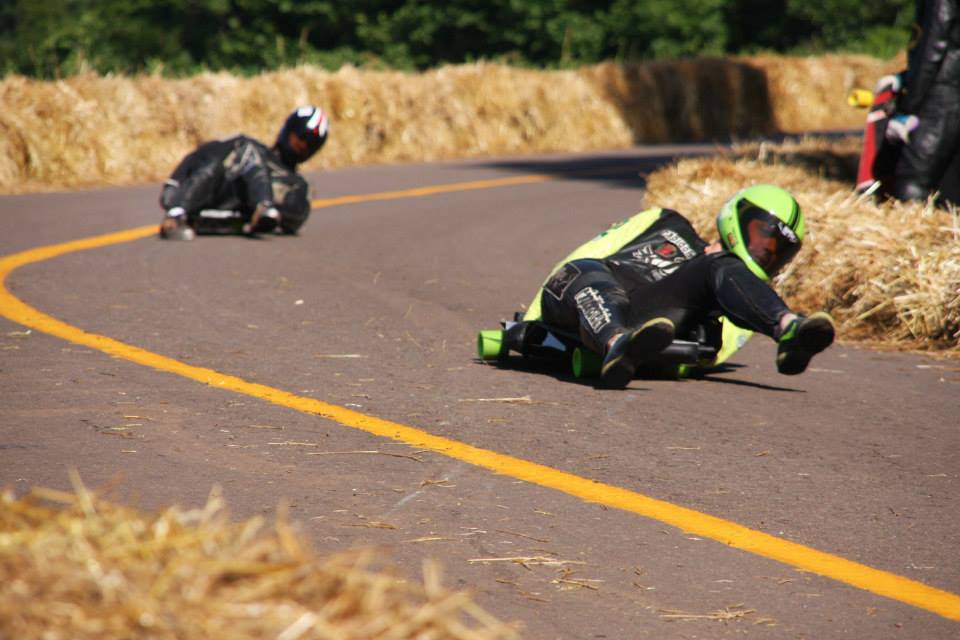 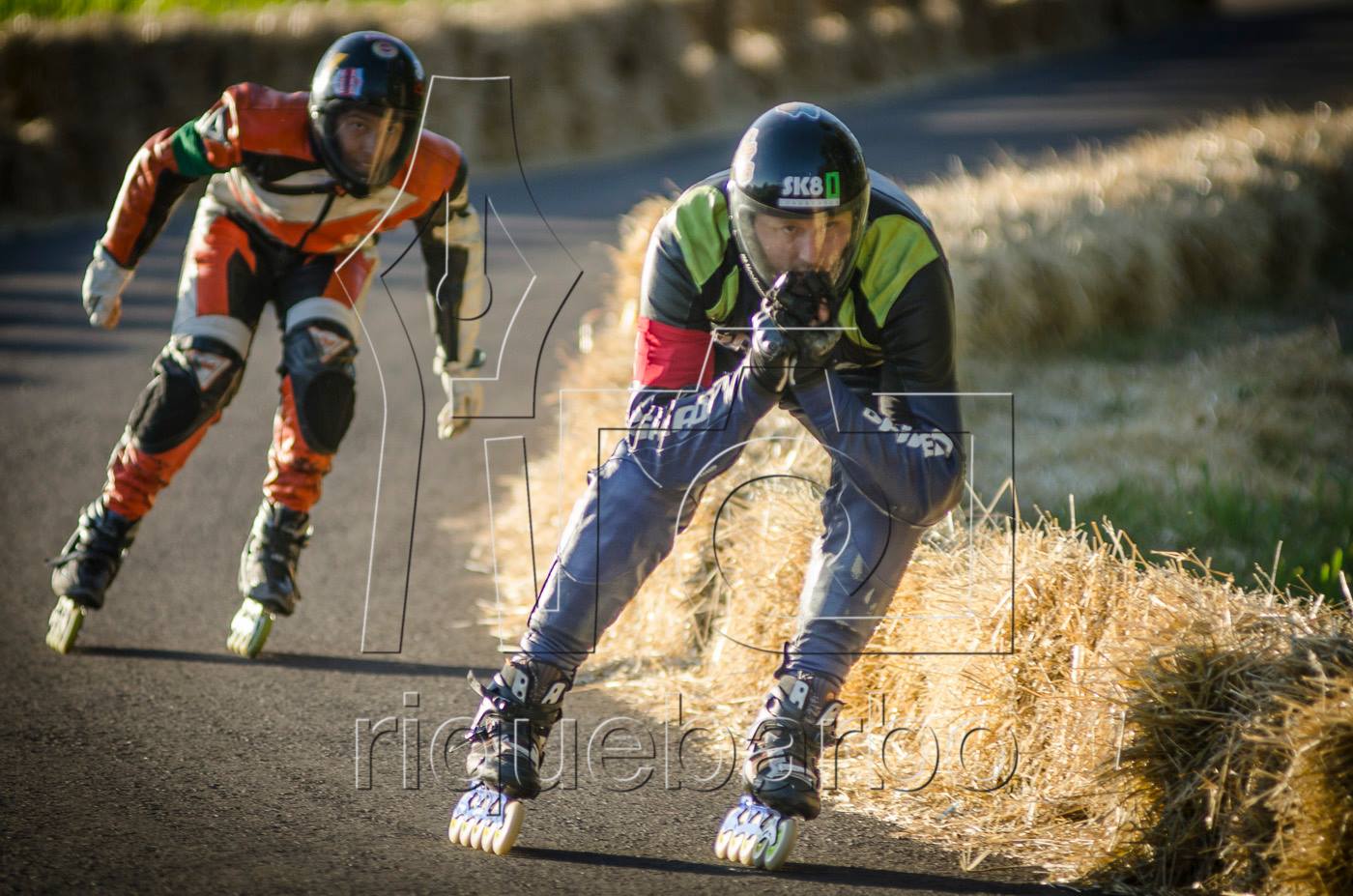 The tradition of the inline in Teutonia keeps bringing big names and an international attendance that strengthen the contest.  Steve Canona from Brazil won again, Erico and Pablo from Argentina skated their doubles down the track as a dance, Jaime Villanueva from Peru represented the country of Andes while Vanessa Nobrega and Anai Lopes from Brazil impressed the whole crowd with their courage to challenge a so dangerous track. 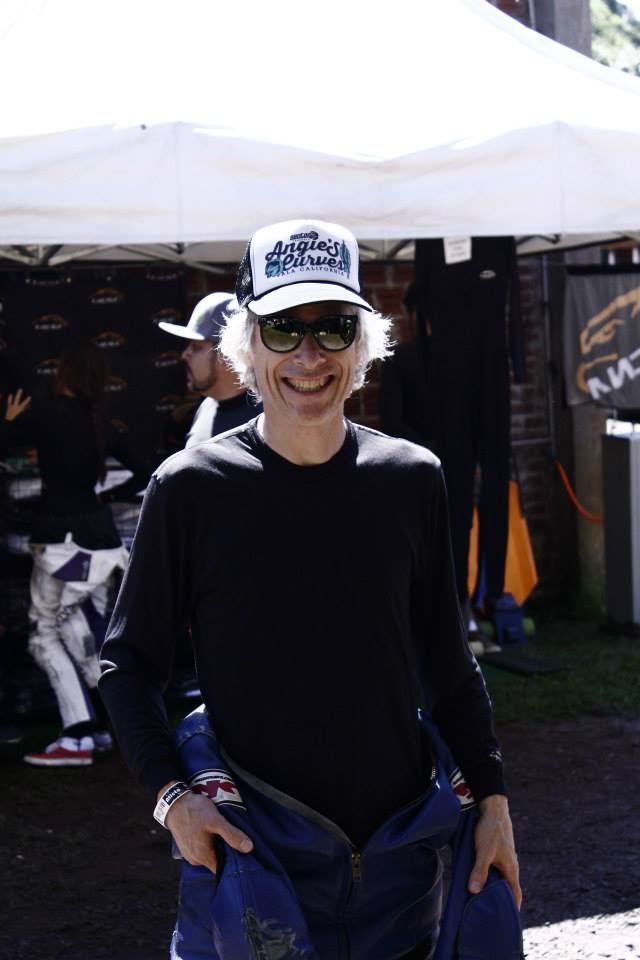 But it was Mr. Scott Peer, from USA, at 63 years old he makes everyone’s eyes bright with emotion.   The legendary skater has attended this race for many years and Teutonia will never be complete without this man under his blue leathers. 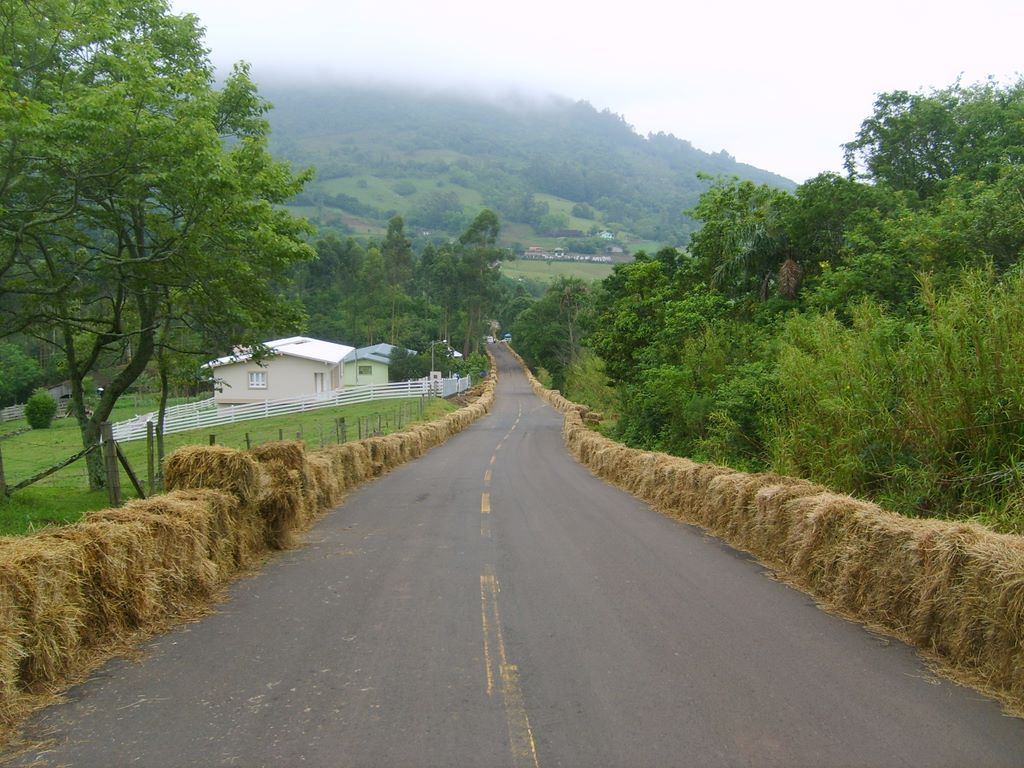 Photo: Chris McBride
4.600 hay bales were accommodated during the week to resist the strong rain that was forecasted for Thursday and Friday and delayed the practice runs. With the traditional staff of Teutonia working their best, track conditions were inspected along the day and athletes gained 5 practices to get their best lines on Teutonia track with its rough asphalt.
Doctors and Medics were alerted at the famous Hospital Ouro Branco in Teutonia to ensure a prompt assistance for all injuries and fractures and at the end of the 11th edition the whole staff could celebrate the ceremony without any serious damages to any rider. 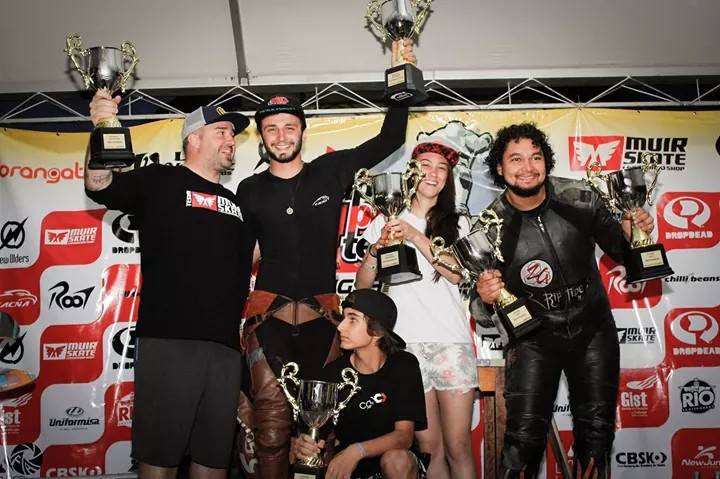 Photo: Fruke Alves
The classic award ceremony also awarded the IGSA World Cup Series of 2013 and it was held for the 1st time in front of the church at the top of the hill while the moon and the church bell announced the end of the fastest skate race in earth.
DSB:Douglas Silva - 2 Time IGSA World Series Champion
Junior II DSB: Yan Bertinati
Junior I DSB: Eric Soares
Women DSB: Melissa Borgni
Street Luge: Frank Willams
Classic Luge: Frank Williams - 2 Time IGSA World Series Champion
Sorry about not having some full names but there was a mix up at the event and will be getting the corrections soon.
All of the fastest qualifers except Junior II and Street Luge were the winners in their class.
More info to follow.