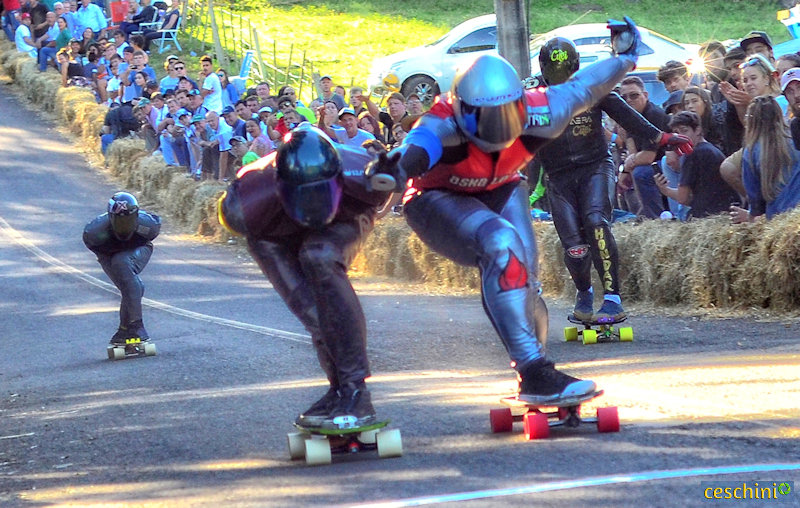 Teutonia, Brazil - The Fastest Race in the world has proven that 4 racer heats can take place at this unique narrow but crazy fast venue

After 12 years of racing on this pavement it is rougher than ever.  When the promoter announced for the 13th year there would be a new format on the legendary hill, they could feel the fear on every post around the world. Many racers expressed their concerns and excitement with this new format at the new announcment.

Teutonia is a very unique venue, you can go faster on other hills but none of them is as dangerous and scary because of the rough pavement and narrow track.

IGSA and ASKAVATA the local promoter from Teutonia closely took into consideration how important security is at this venue and brought in as much security as possible. For the safety, over 5000 hay bales where allocated along the hill, 2 ambulances with doctors, paramedic car rescue, and firemen.  Also, a notable crew of Teutonia race marshals that did not rumble and accepted this year’s even more challenging task to make it as safe as possible.

Qualifying started at 8am Saturday with the weather forecast showing strong rain reaching the hill by 1pm.  We worked very hard to get 2 qualifying runs for every rider in each of the 10 disciplines, Downhill men, women, junior 2, master, grand master, street and classic luge and the newly invited street sled, inline board, and downhill inline.  This was a sad outcome due to this being the first year with a transponder system which would have given each racer multiple qualifying runs.

The rain came right on time as predicted at 1pm on Saturday and did not stop until Sunday at noon.  After about an hour the track dried and allowed the racing to begin.  That is when the crowd started to get crazy with over 3000 spectators lining the hill all the way to the end of the event where there was even more sun shining on the hill. 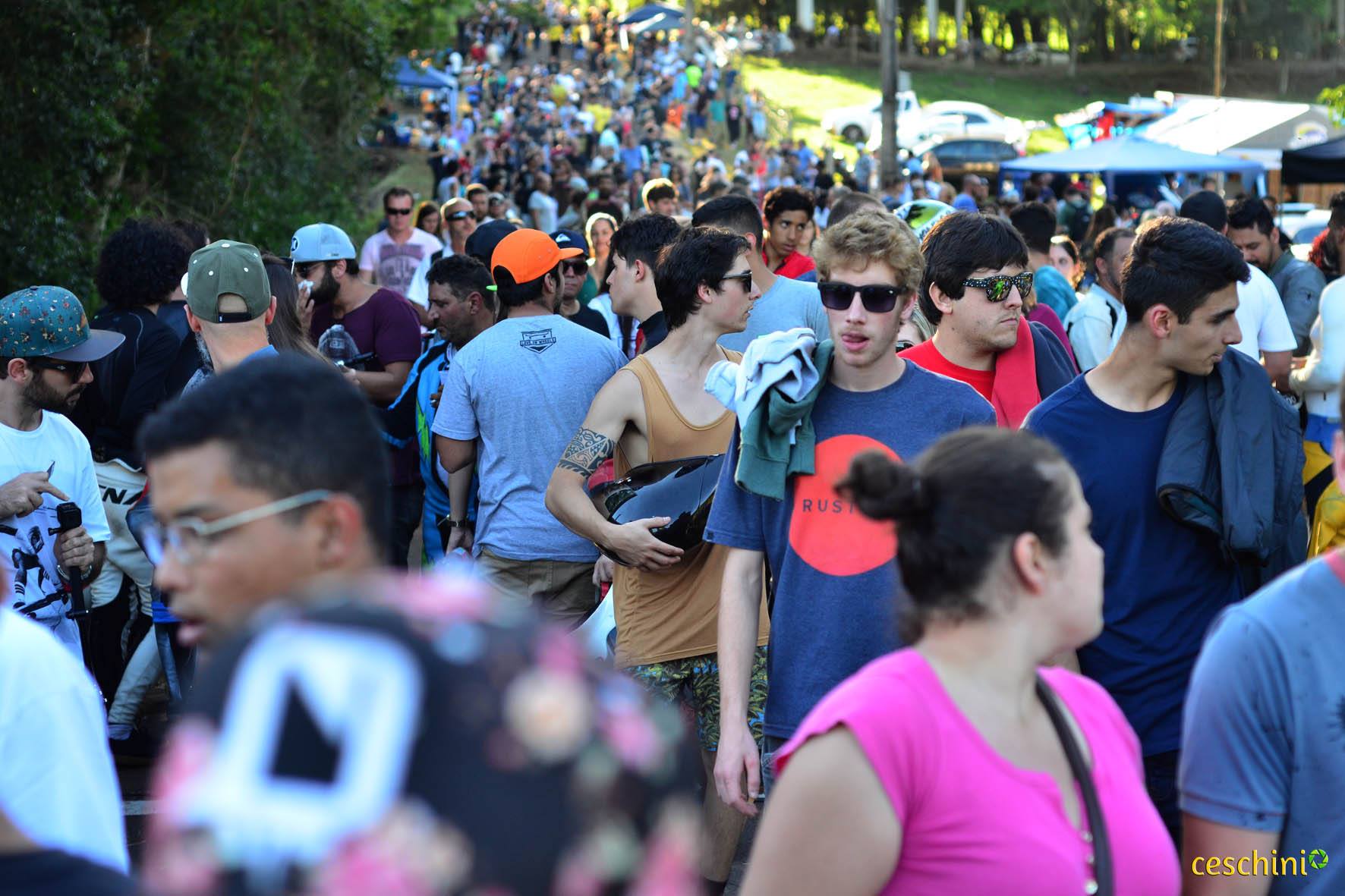 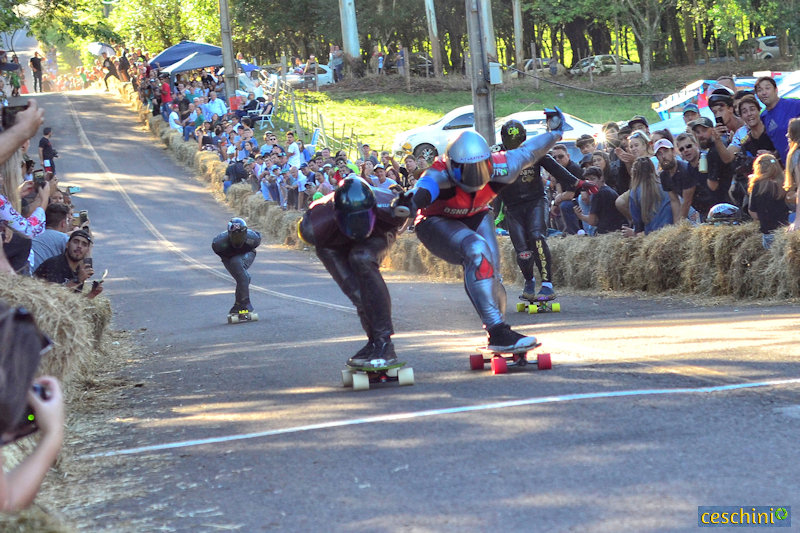 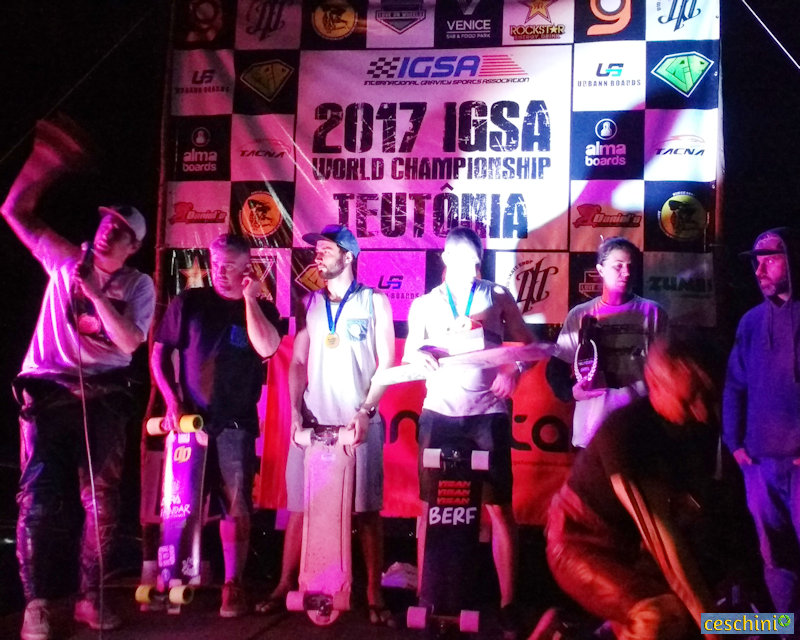 While everyone was expecting Dalua to take his 4th Championship and Yan Bertinati trying to take it away the huge crowd stood astonished to see Bruno Spengler and Bernardo Brambila crossing the finish line at the same fraction of second. 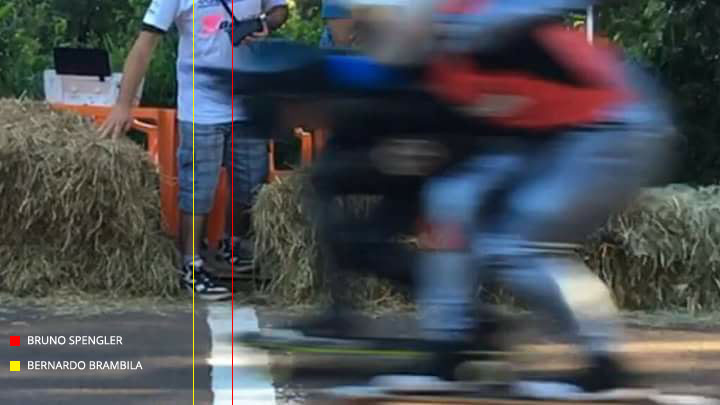 After carefully analyzing the decision and the photos the IGSA Officials declared Bernardo Brambila, THE KING OF TEUTONIA!

After 3 days of intense radical and extreme action, none were serious injured and a big party continued during the famous award ceremony as the night fell down at the most scared downhill track in the world.

Racers attendance from 12 different countries, 139 registered for racing, 10 categories, over 3000 spectators on Sundays race, music, urban art, were just part of the ingredients of this historical race. 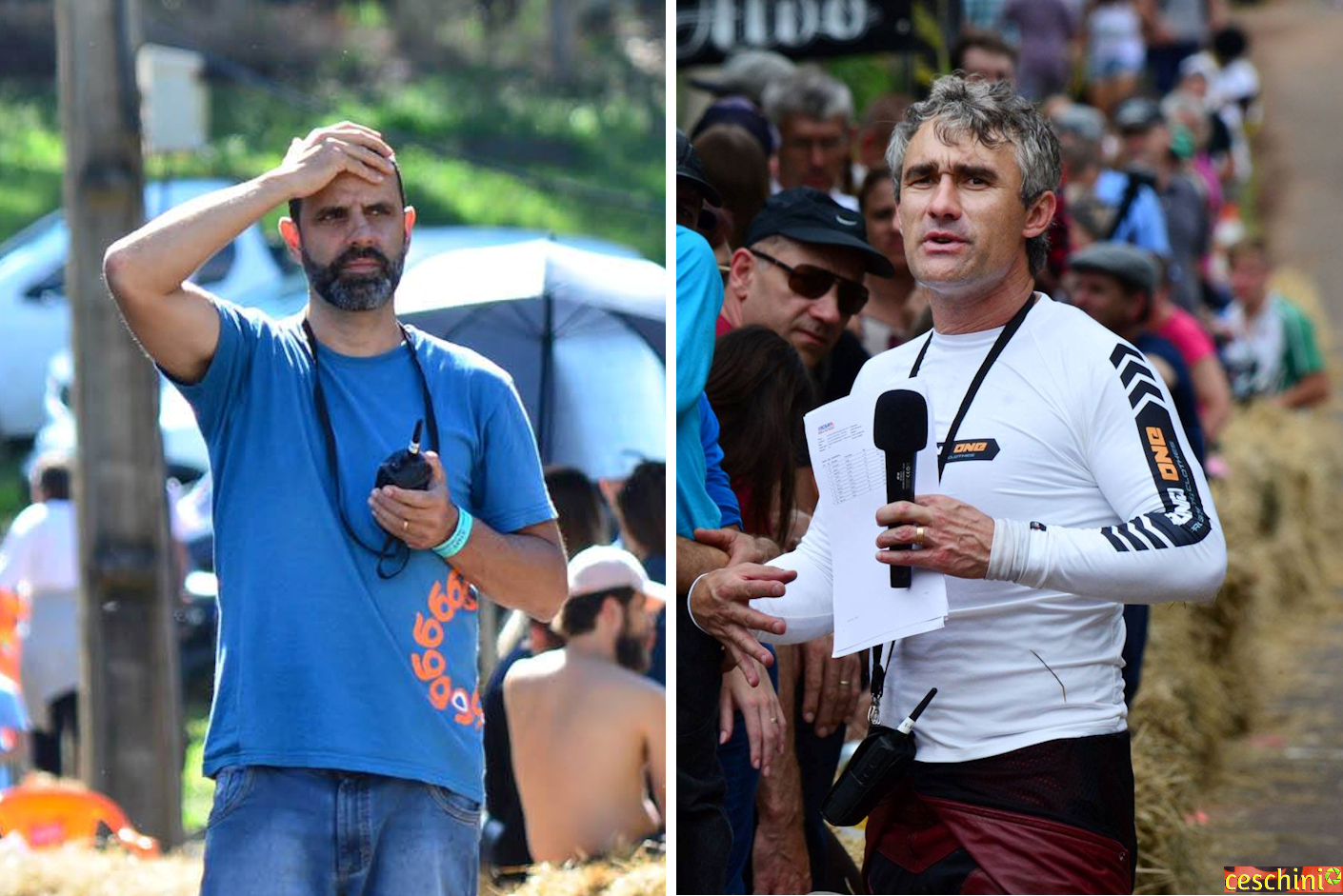 Special Thanks go out to these two that are dedicated, hard-working and have the greatest hearts in the world.   Alexandre Maia and Ivandro da Silvera iThanks for making this another great event. 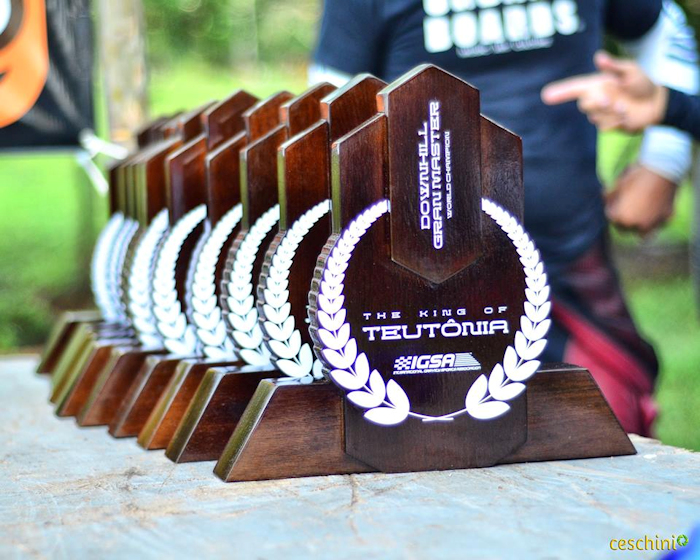 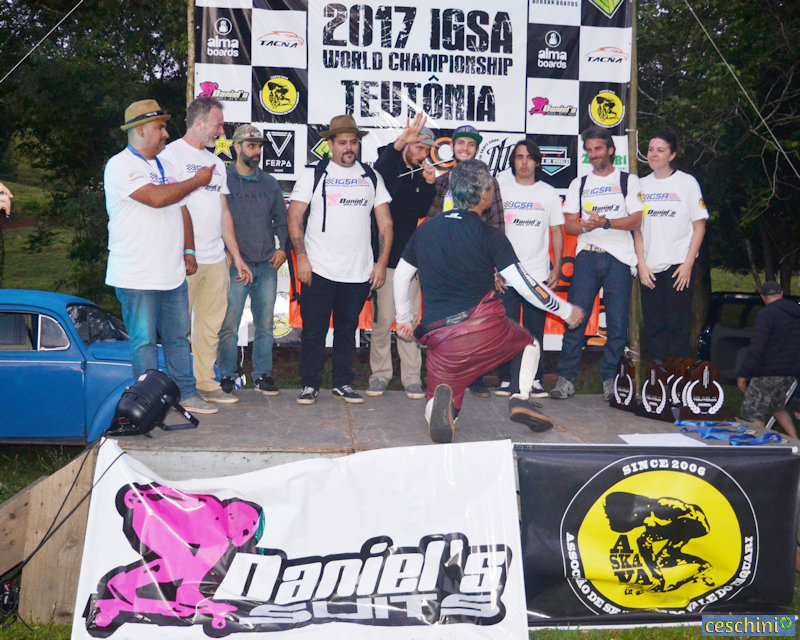 Thanks to all or the race marshals that kept things flowing and the racers safe. 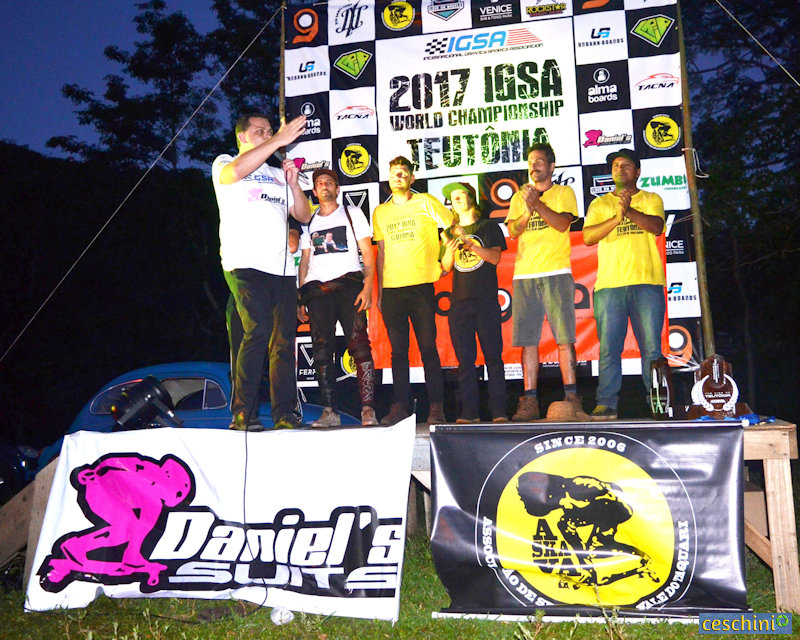 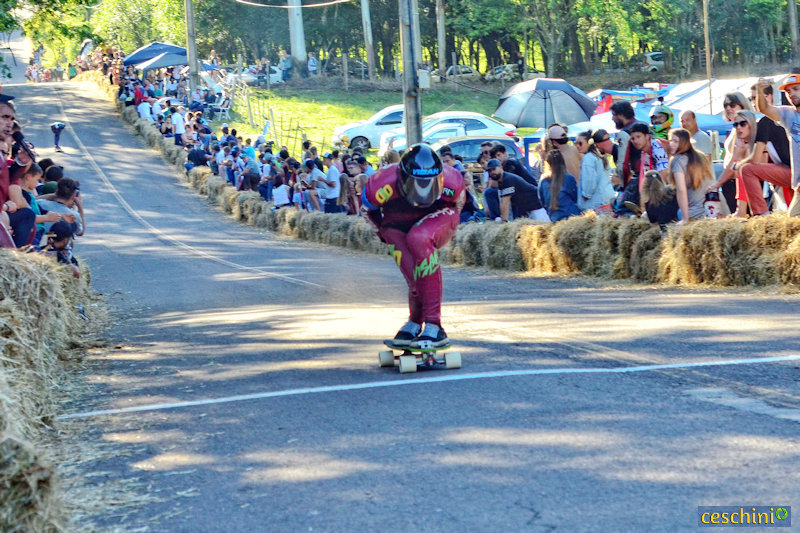 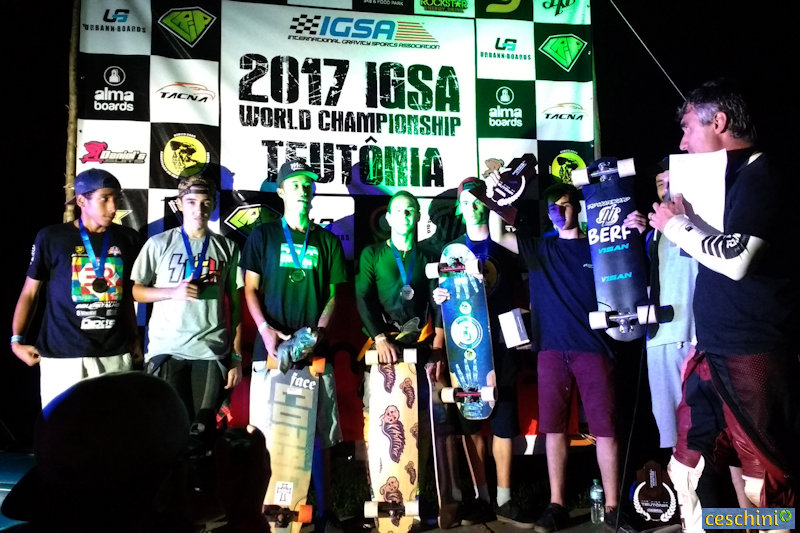 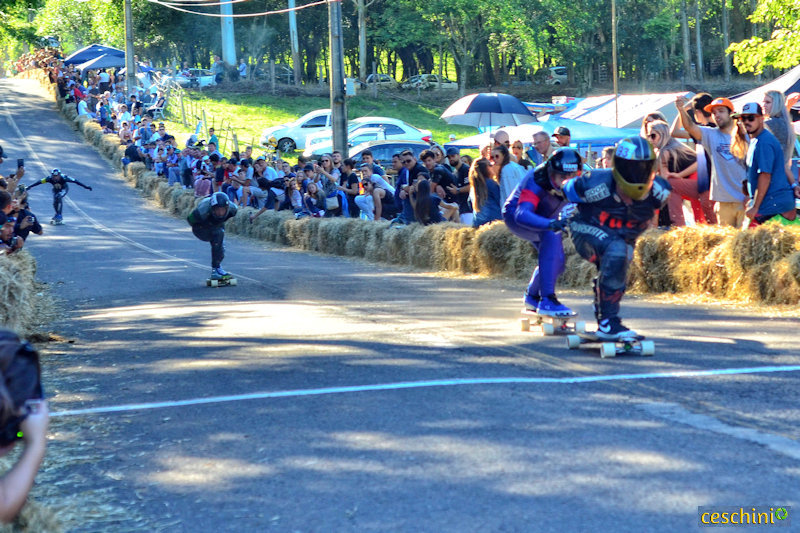 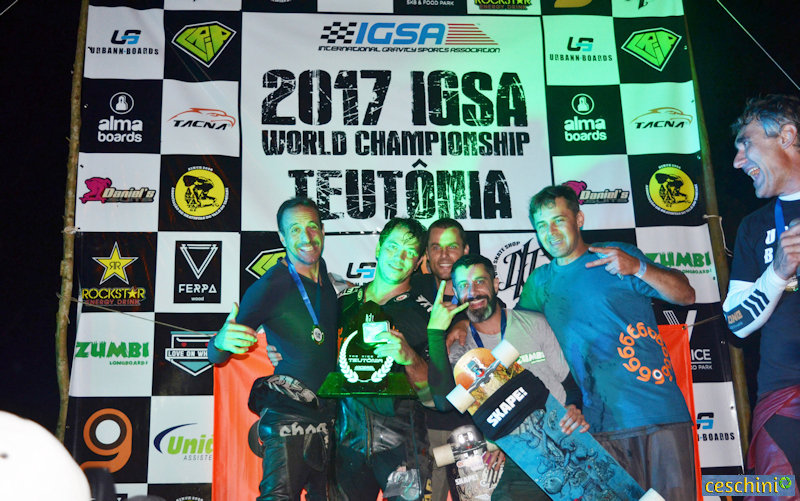 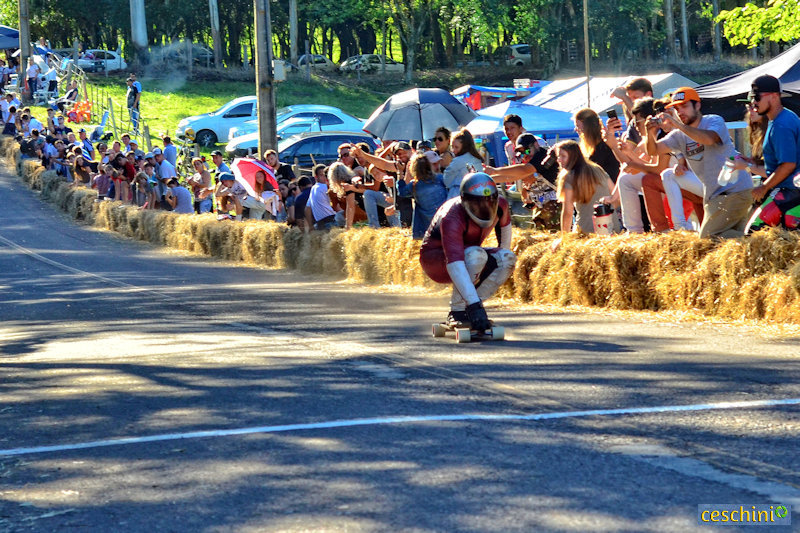 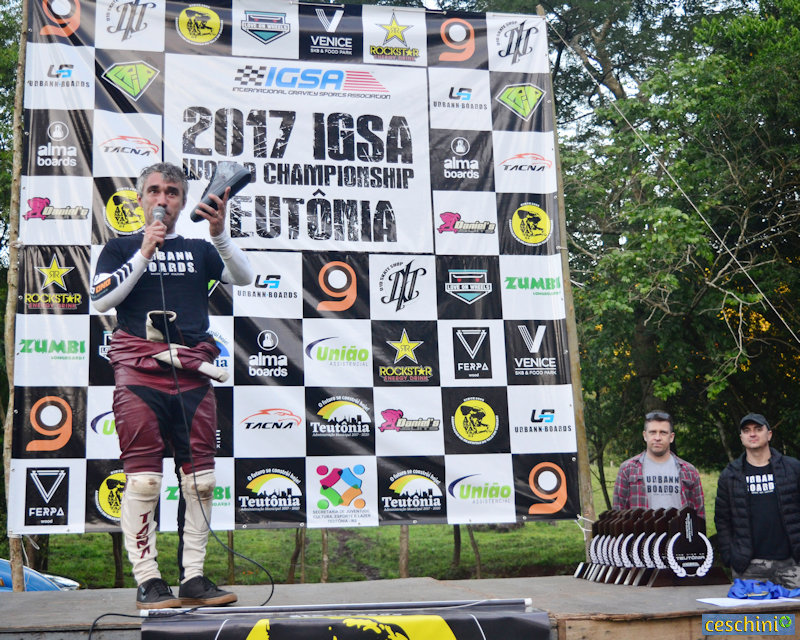 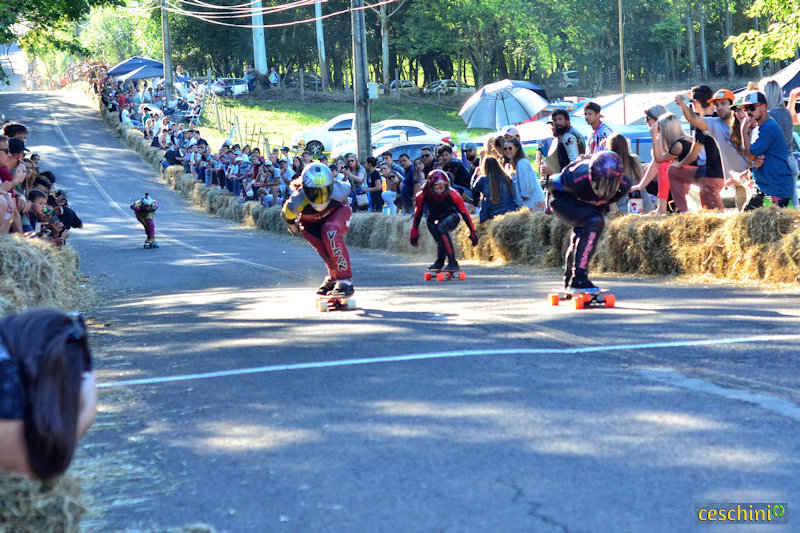 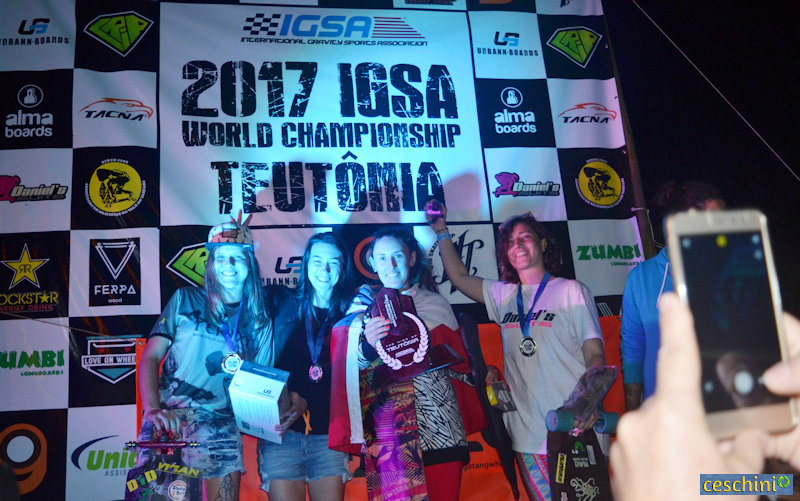 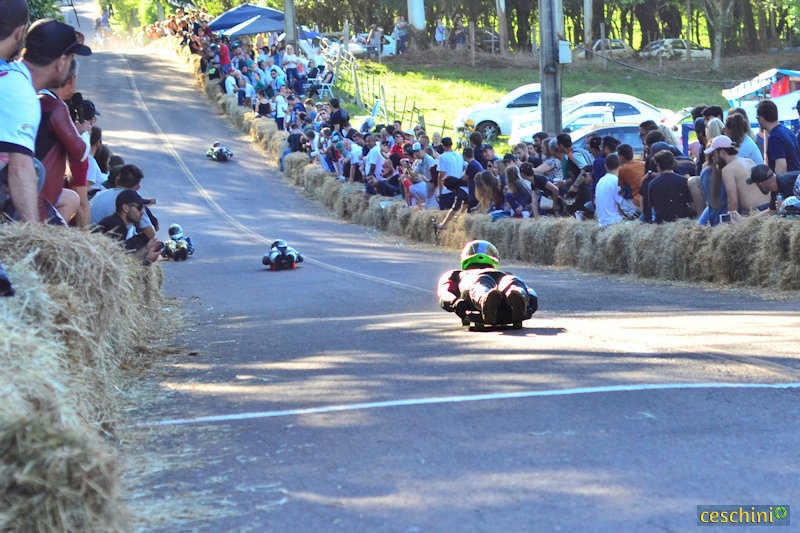 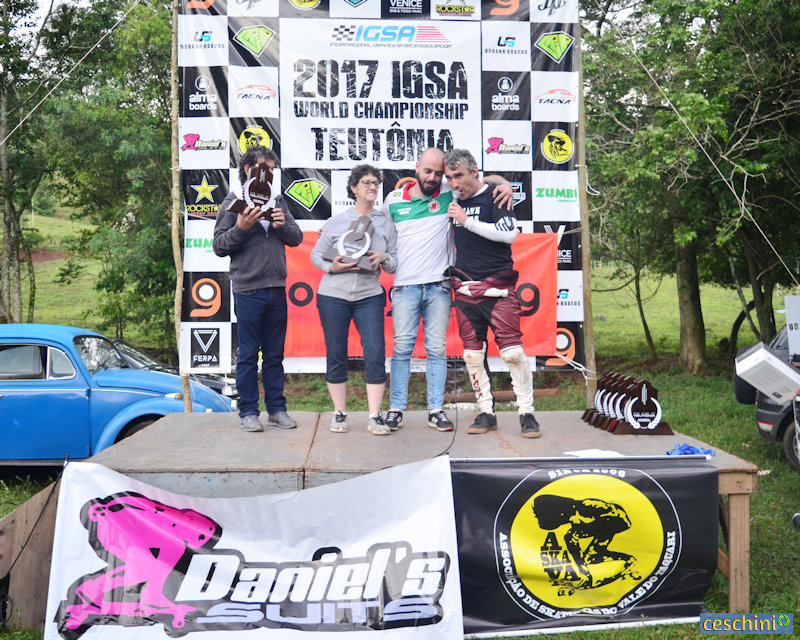 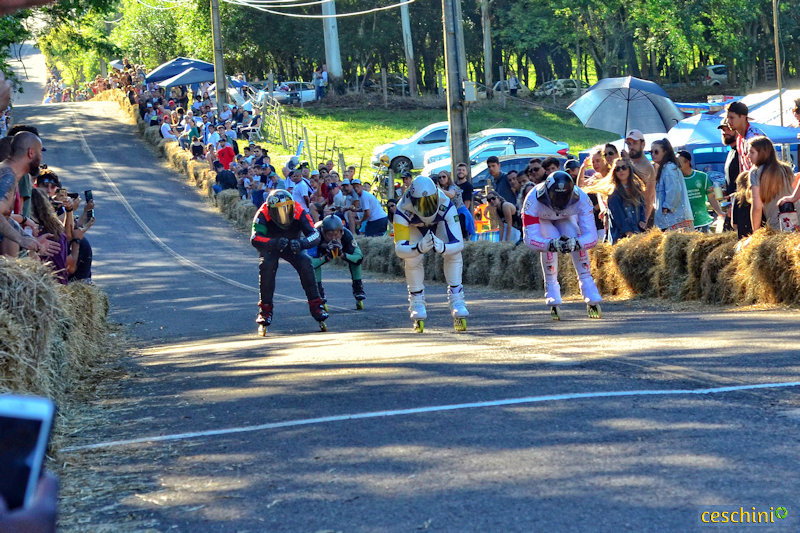 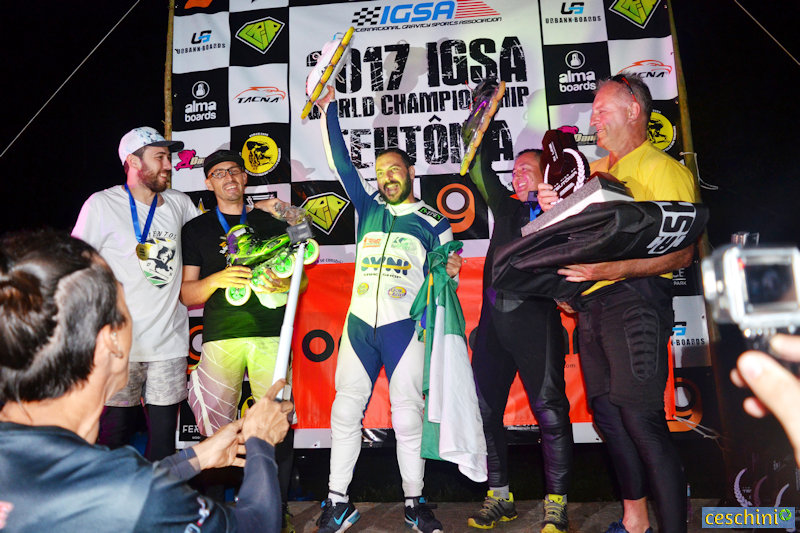 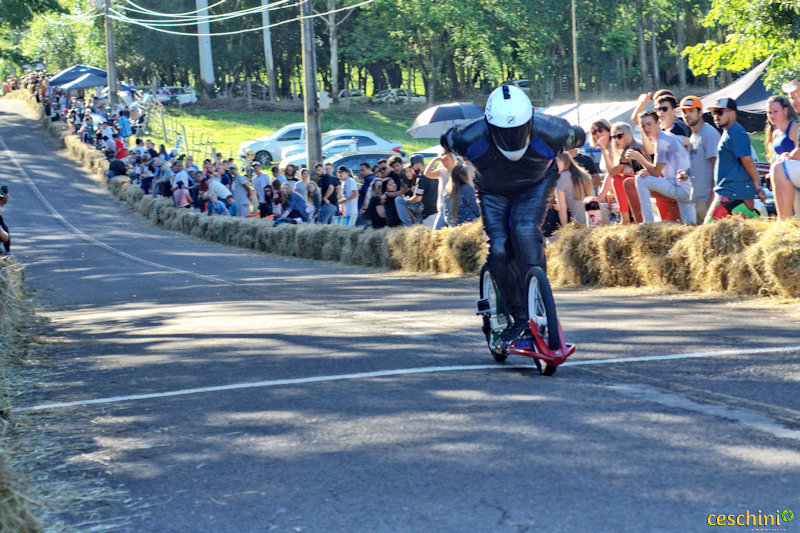 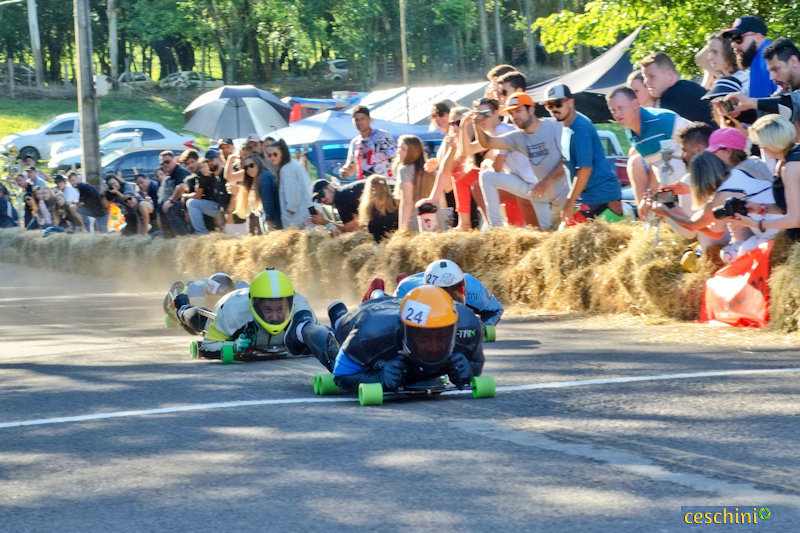 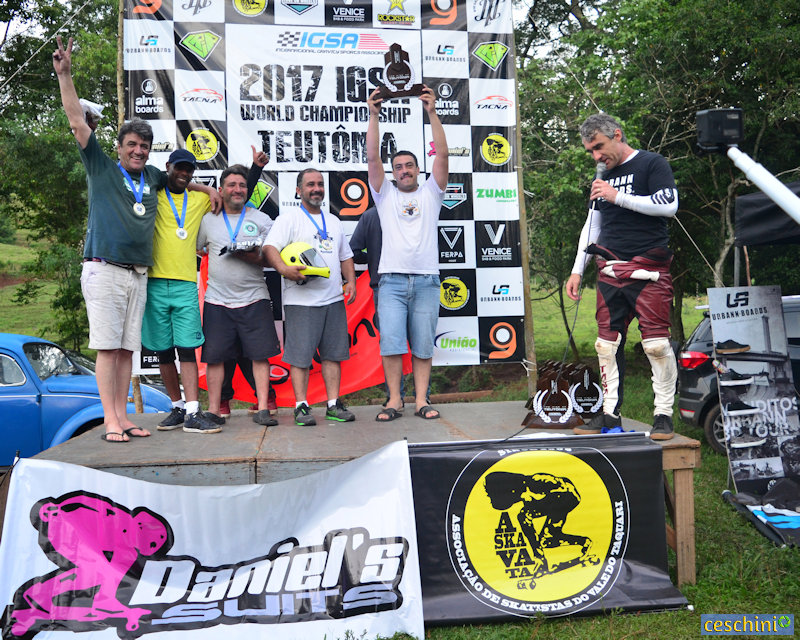 Here is the top four in each class from 2017 Teutonia World Championships.    Full Results: Here