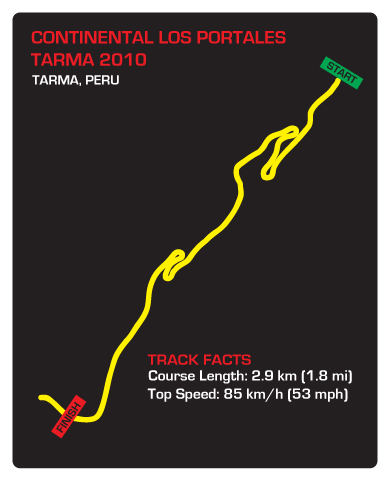 Tarma, Peru - The IGSA South American Championships will be held for the first time October 28-30 in Tarma, Peru.  Racers from all over South America and from around the globe are converging on the city located approximately four and a half hours from the Capital City of Lima in the Andes mountains.

The circuit is about 20 minutes from the city center of Tarma.  "Tarmatambo" as the route is known, is 2.9 km long, has four hairpins curves and finishes with an intense right hander. 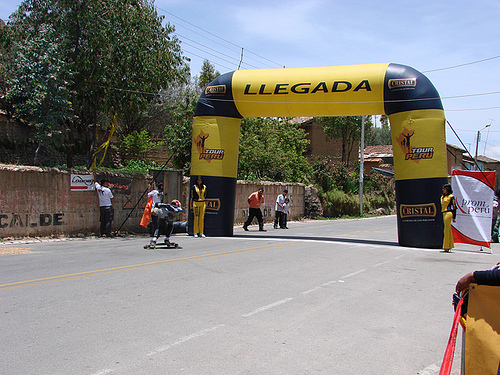 A skater heads toward the finish in 2009.  Photo courtesy of Cristal 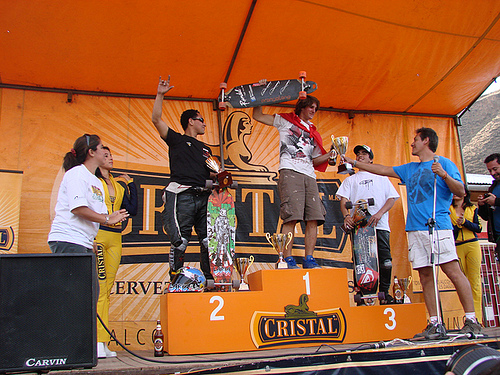 James Kelly made the trip to Peru in 2009 and won the race.  Photo courtesy of Cristal 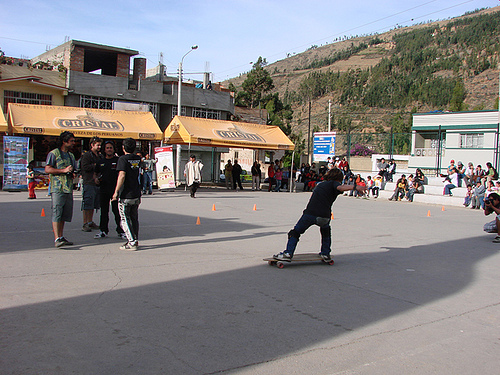 Downtown Tarma is turned into a skate festival for the race.  Photo courtesy of Cristal

We'll have daily race reports here so that you can follow all the action.  For additional event information visit the official website www.DHtarma.com