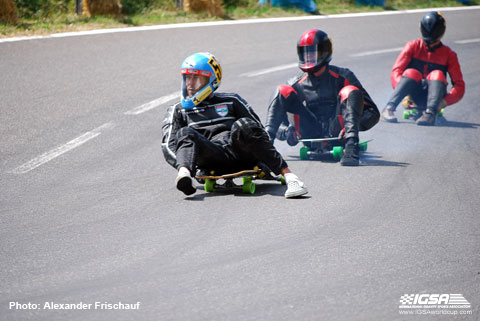 Insul, Germany- Yvon Labarthe Switzerland and Austrian Michael Serek have been awarded the European Championship titles in Street Luge and Classic Luge respectively after todays finals were rained out.  Luca Santolamazza from Italy finished second in Street Luge followed by Michael Muller from Austria in third.

Rain began to fall last night and continued throughout the morning.  The steep technical track was made trechorous by the wet weather.  A vote was taken this morning among each of the classes participants and the decision was made to cancel todays races due to unsafe track conditions. 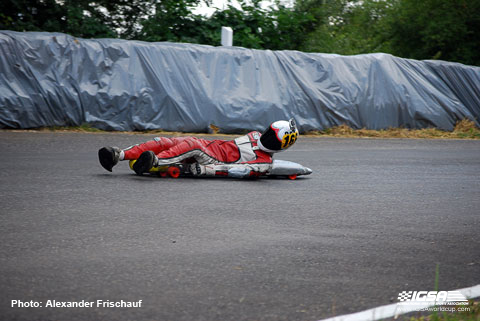