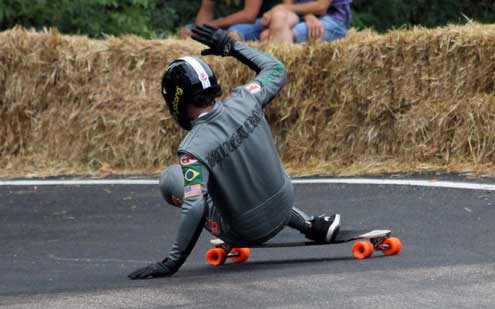 Due to problems with communications and timing, competitors only were given one qualification run instead of the usual two.

The riders were really excited about this decision, not only because all of them were qualified for Sunday’s racing, but also because the track was became much more challenging when ridden six at a time. Big names made their way easily through the first two rounds.  Jackson Shapiera earned the number one qualifying spot and looked very solid and confident.  Patrick Switzer and Alex Tongue, who were both on the podium of the Italian World Cup the week before, were out with injuries.  Their absence created a good opportunity for other contenders to earn their first victory on the 2011 Euro Tour.

The semi-finals were tight and the best European riders were fighting hard for the six spots in the final.  Favorites Ramon Konigshausen and Mischo Erban were both defeated in the semi-finals. Respectively they placed first and second place in the consolation round. 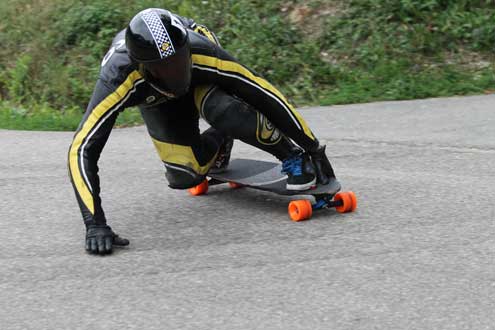 Jackson Shapiera was the rider to beat all weekend but a crash spoiled his day.  Photo Dave Kessler

The Final was comprised of Shapiera, Yvon Labarthe, Max Ballesteros, Kevin Bouaich, Sebastian Hertler and Nicolas Robert.  With three of six riders coming from Switzerland, the small country had a good chance to follow in the foot steps of former European Champion Martin Siegrist.  All six riders pushed hard off the line making it clean through the first two corners.  As they exited the hairpin Jackson Shapiera and Sebastian Hertler touched wheels and crashed on the straight at low speed.

Unfortunately, Kevin Bouaich could not avoid them and crashed too.  With an open road ahead and half of the competition eliminated, Ballesteros shot into the lead with Robert and Labarthe in hot pursuit.  Robert pushed hard to catch Ballesteros but overcooked it entering the final hairpin and slid wide.  This opened the door for Yvon Labarthe who seized the opportunity and moved into second place.  An exuberant Ballesteros took the win with Labarthe finishing second.  The Brazillian rider showed his very strong skills and was stoked with his first major win.  As the highest finishing European, Labarthe was awarded the European Champion title.  It was an amazing result for the aging 2002 Downhill Skateboarding World Champion. 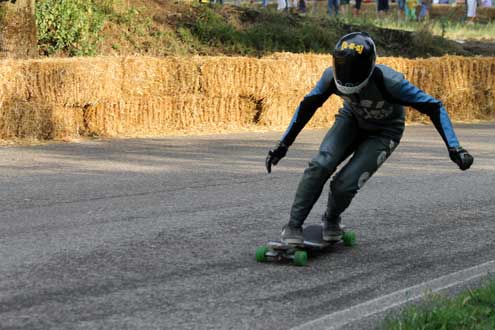 Amazingly, Yvon Labarthe 'adventures were not over for the yet!  After posting the best time in qualifying he also won the Street Luge final. Sebastian Tournissac finished second after a few years retirement.  Cedric Robert, completed the podium, with Classic Luge ace Michael Serek finishing fourth.  Yvon also participated in the Classic Luge final, but this time the unbeatable Dr Serek, did not give him the privilege of another victor.  Serek took his fourth win of the season.  Labarthe finished second and French rider Craig Deltour finished 3rd. Local Italian hero Perluigi Maspero thrilled the crowd by earning his place and finishing fourth in the final. 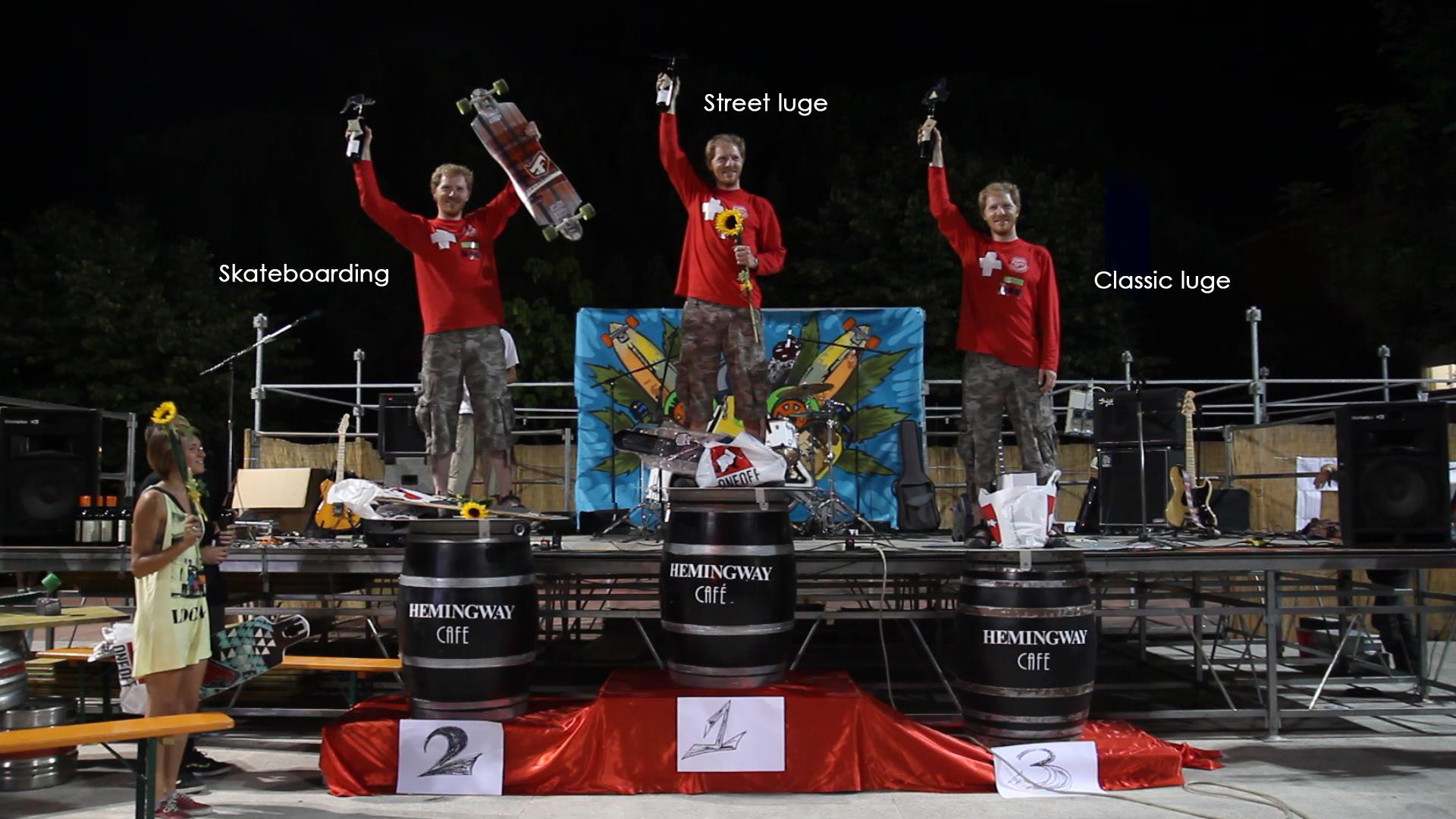 Sunday started with another beautiful, sunny day in the Marche region and the village of Verdicchio where the finals of the European Championships would take place. Race finals started with the Junior II final and the French rising star Pierre Conan who confirmed his strong season by winning the class after leading the qualification session. His French friend, Gabin Piton who had set the second fastest time of the qualification, could not convert his strong qualifying position into a great result.   He was forced to settle for fourth place in the final. Gundmundur Sökjer-Petersen, from Iceland finished in second place and Henning Philip Patricksson, from Norway, finished in third.

Lenny Gires was the only Junior I competitor to take part in the race, but his victory allowed him to take earn the European Champion title.  In the Women’s Division,  Rebekka Gemperle had no difficulty beating her opponents.  Marie Bougourd never seemed to feel comfortable on the twisty, technical track and had to settle for second. Tamara Prader from Switzerland earned her first podium of the season by finishing third.