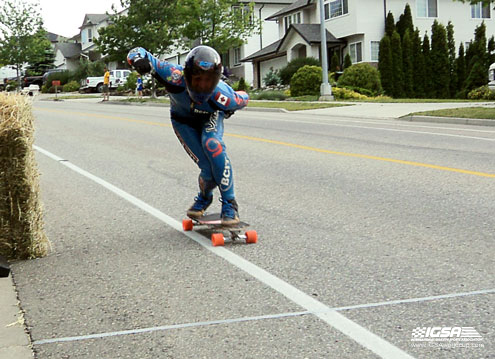 Patrick Switzer crosses the finish line winning Vernon DH7.  Photo Marcus Rietema
Vernon, BC, Canada - Patrick Switzer scored a dominant win in today's Vernon DH 7 that saw many of the favorites eliminated.  Sixteen year old Brendan Davidson who won the Jr II race earlier in the day, put in an impressive performance to finish second.  Rounding out the podium in third place was Riley Harris who rode a strong and steady race. 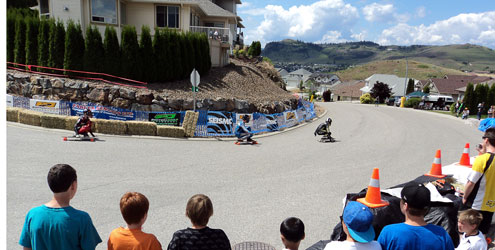 George MacKenzie, Patrick Switzer and Luke Melo make their way through "Crash Corner."  Photo Marcus Rietema
There was a high number of crashes throughout the day that claimed many of the favorites.  Number one qualifier Kyle Martin, former winner Mischo Erban, Gerorge MacKenzie, Zen Shikaze, Jackson Shapiera and Andrew Chapman were just a few of the top contenders that were eliminated prior to the finals. 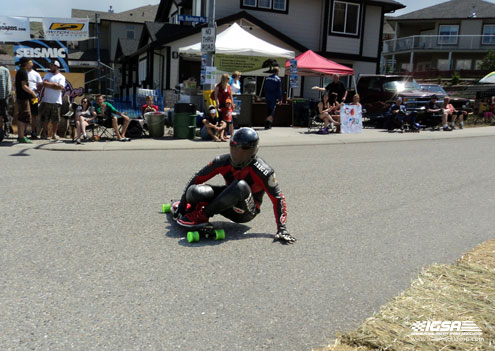 Zen Shikaze was looking strong until a big crash left him with two dislocated shoulders. Photo Marcus Rietema
Switzer seemed to stay out of trouble all day using every inch of the track to carry the maximum amount of speed through the corners.  He was never seriously challenged at the finish all day.  Patrick will be missing the upcoming World Cup opener at Maryhill but he intends to race in every other World Cup round in 2011.  If today is any indication, Switzer will be tough to beat this season. 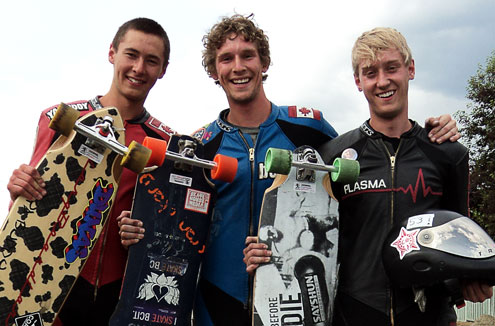 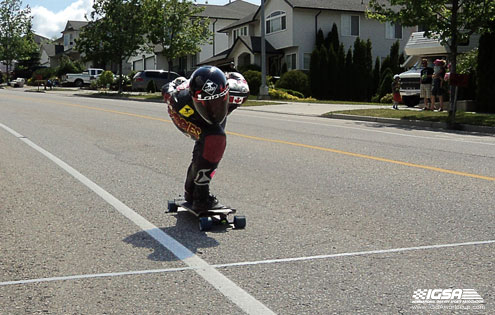 Katie Neilson won all three heats of the Women's DH Skateboarding race.  Photo Marcus Rietema
Katie Neilson seems eager to pick up the torch as the best female downhill skateboarder in the world following the retirement of  three time World Champion Brianne Davies.  Katie finished off 2010 with a win at Newton's Nation in Australia over Davies and showed her strength here in Vernon when she qualified 6.5 seconds quicker than her nearest female rival.  In the race she handiily won all three heats to earn the victory.  Finishing in second was Andi Leslie .  Anna Oneil was credited with third position.  Oneill crashed hard in the first heat injuring her ankle and was unable to continue. 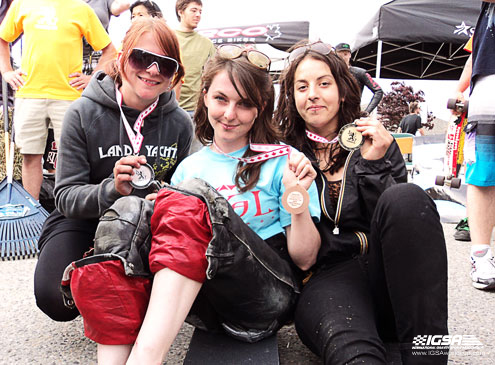 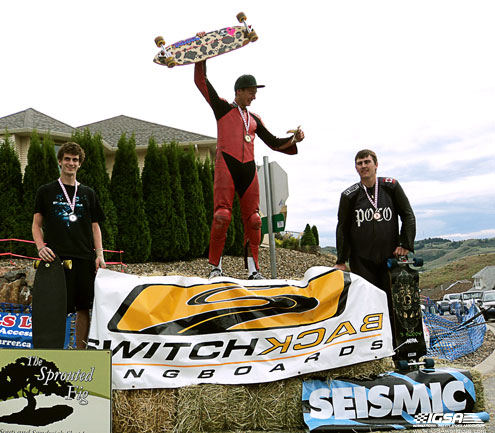 Heffernan Dominates in Jr I 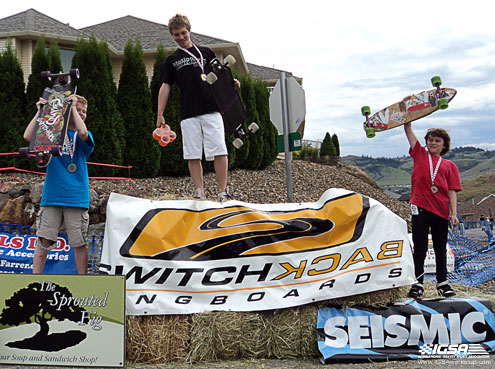 Ryan Heffernan put in a very impressive performance all weekend.  In Qualifying the thirteen year old ran a 1:02.838 that was good enough for 43rd position in Open class qualifying.  In the Open DH race he rode smart and fast advancing three rounds to finish 23rd overall.  Pretty impressive for a thirteen year old!  In the JrI class he was victorious over number two qualifier jack Craddock.  Craddock won both of his first round heats ahd kept Heffernan in his sights in the final.  Quinn Dubois rode a nice race to finish third. 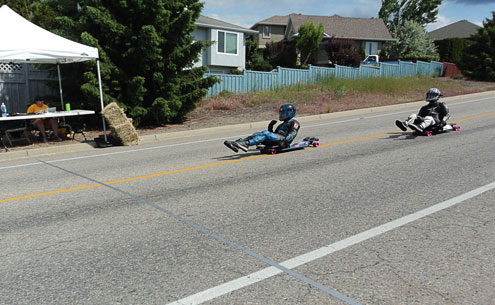 Kolby Parks wins the third and final round of Street Luge over Will Condon. Photo Marcus Rietema
Kolby Parks went wire to wire winning all three heats of the Street Luge competition.  William Condon kept it close finishing second in each of the three heats, but couldn't figure out a way to get by Parks.  Dillon Wall was third.

In the Classic Luge race it was 53 year old Scott Peer from Glendale, California who earned the victory.  The Classic luge race was hotly contested with Condon, Peer and Parks each winnining one heat.  The difference came in the second place finishes.  Peer finished second twice, Condon had a second and third place finish while Parks had two third place finishes.  When the points were tabulated it was Peer who earned the win followed by Condon in second and Parks third.
Teolo World Cup
Big Air Street Luge
2002 Big Air History