Davies and Nielson battle for the win at the Vernon DH 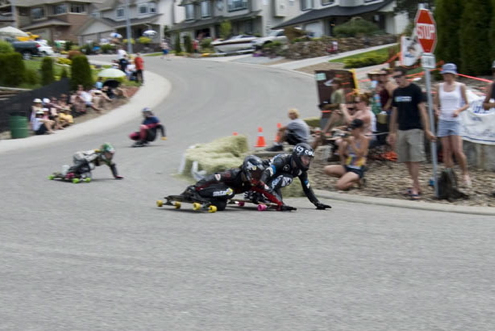 World Champion Brianne Davies and Katie Nielson staged what was arguably the toughest race in the history of Women's Downhill Skateboarding.

As they entered into the tough right hander at last weekend's Vernon DH / IGSA NorAm Championships, Nielson had the lead but left room on the inside.  Davies had momentum on her side and dove inside Katie to take the lead.  At the same time Katie began sliding out while trying to hold the line and was actually up on two wheels.  As she fought to stay in control her arm inadvertantly caught the front of Brianne's board causing her to loose control as well.  Both of them end up going down as do Charlie Daigneault in third and Dominique Vukorep in fourth.  All four of them go crashing into the bales. 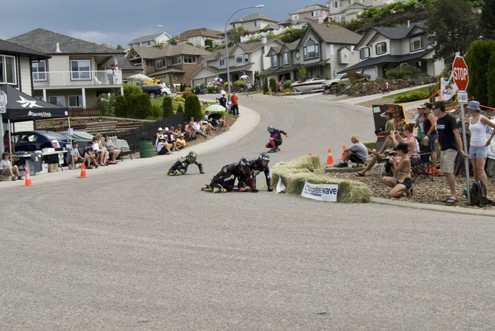 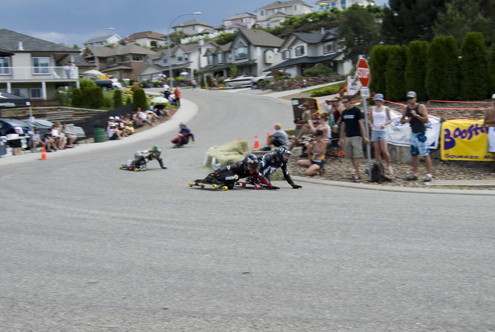 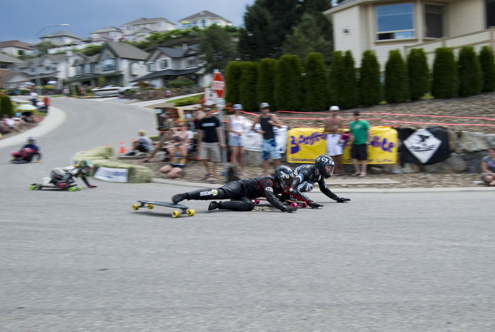 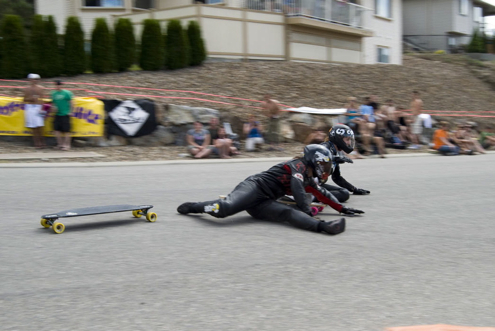 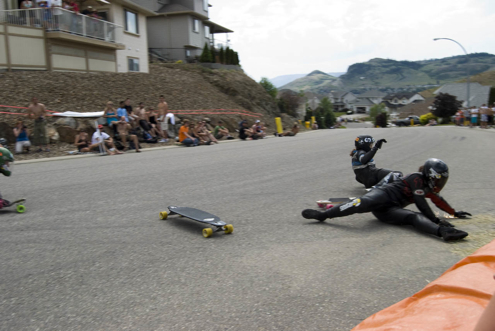 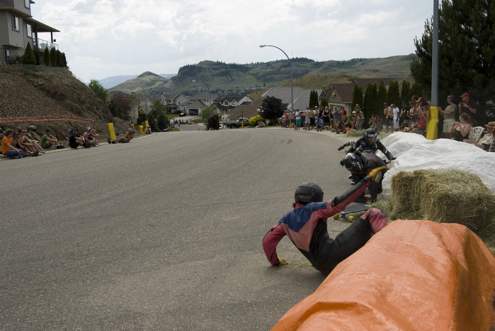 Photo Sequence by Rachel Rossi
There was a mad scramble to get back up as Davies and Nielson continued their battle.  Once underway there was more bumping in the next corner until Brianne was finally able to create some distance between herself and Katie down the final straightaway.  Davies crossed the finish line about three board lengths ahead of Nielson with Vukorep finishing third and Daigneault in fourth. 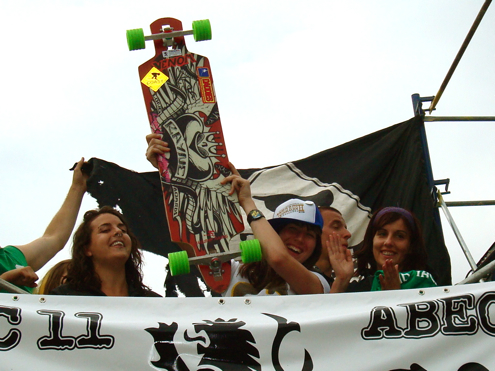