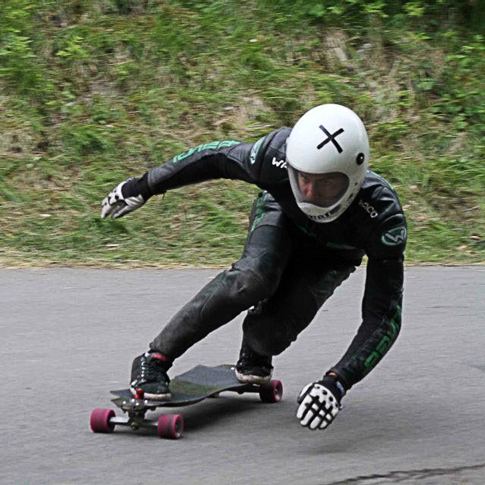 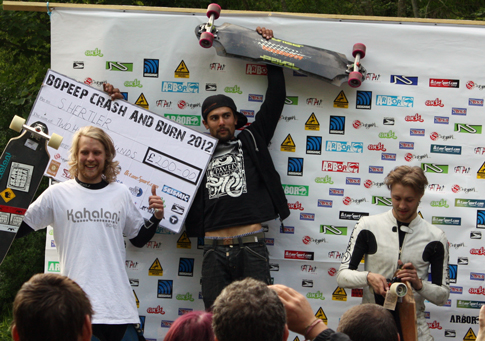 In the final Herlter faced likeable Swede Adam Persson who should have challenged him hard, but Carnage Corner took it’s toll, and Hertler passed the finish with Persson several seconds behind.  Mattias Borg earned third place by beating Sunde in the Consolation Final. 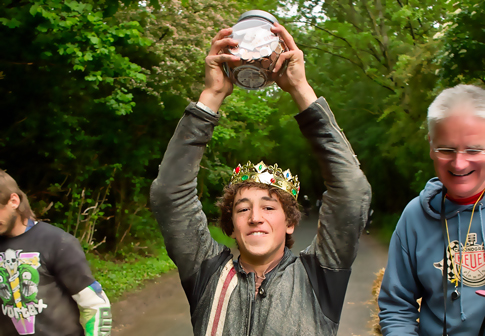 For the first time in the United Kingdom, a King of the Hill competition was held by the organisers. The top ten qualifiers in the Open Downhill class raced against the clock for a £100 prize. At this point a young Dutch rider, not seen before at an IGSA event, Deen Mondt aged 16, took top honours, beating firmly established Names such as Hertler and Sunde who pushed too hard and fell. Mondt’s cool head and warm friendly approach impressed all who met him. He has only been involved with downhill racing for six months and has to be the European Junior to watch this season. 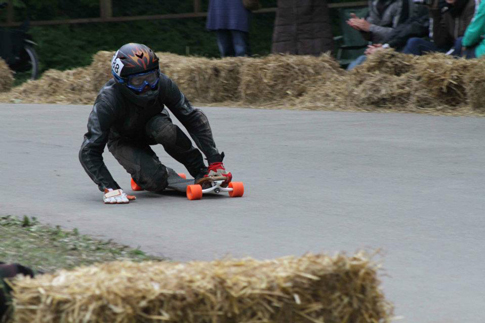 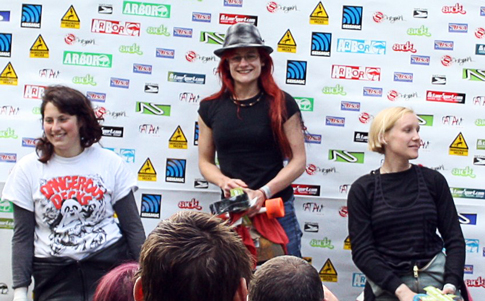 The women’s class was not strongly supported, which may reflect either the scary nature of Bo Peep’s infamous steepness, or the need for the downhill community to nurture and support new female riders. Brit Kim Sweet raced her socks off and cleaned up in the class. A long time supporter of the UK scene and cover girl of last years Ladies of Logboarding calendar. Kim’s performance was strong and consistent. It would be great to see her take this kind of showing to some World Cup events this year.  Anna Richardson finished in second place followed by Mary Crossland in third. 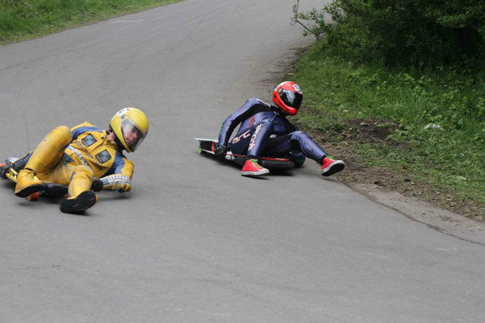 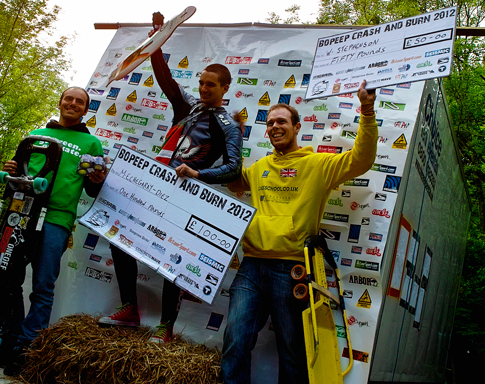 The elevation of the event to Continental status saw a strong band of international riders respond with 42 of the 93 strong field coming from countries other than the United Kingdom.

Bo Peep Hill is a narrow course so heats were run to a dual format. The race is organised by local girl Liz Kinnish with assistance from her Dad, IGSA Race Director Norman Kinnish. The weather stayed dry for first qualifying and racing but the second day was wet. Liz decided to not run the second qualification run in the light of the wet conditions, as there was little chance of times being improved. Those riders who wanted to risk a soaking were able to freeride all day, and the opportunity was taken up by a surprisingly large contingent of hardy racers who played in the wet.

Liz is keen to thank all the sponsors and volunteers who contributed to a great event, much loved by riders who enjoyed the beautiful East Sussex landscape and the hospitality of the locals.

Bo Peep is set to return next year, but with better camping and sanitary facilities.