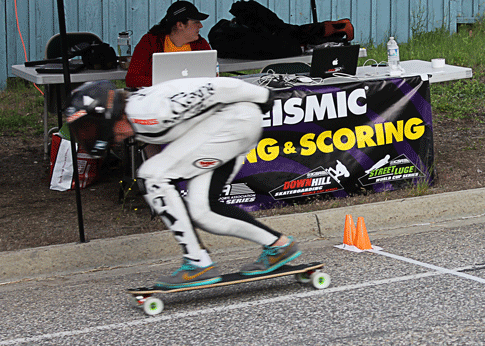 In the Consolation Final Andrew Chapman was victorious to earn fifth place.  Jonas Richter finished second and Justin Ortiz was third.  Number one qualifier James Kelly had qualified for the Consi-Final but was unable to start after suffering a minor injury in his Semi-Final heat.  He was credited with eighth place.