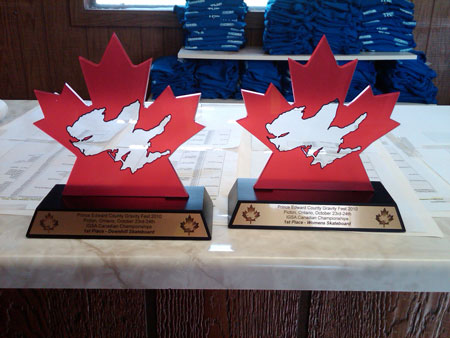 The Men's and Women's Downhill skateboarding Trophy's.  Photo Marcus Rietema
Everything is set for the start of the first annual Prince Edward County Gravity Fest.   Thousands of straw bales have been put in place, grandstands erected and the registration crew was busy into the night getting the riders signed in.  The race is the first IGSA sanctioned event in the Province of Ontario.  It's being held in the heart of Picton, Canada about two hours East of Toronto.  The race is being organized by the family and friends of top ranked street luge competitor Kolby Parks.  IGSA President Marcus Rietema is on hand to perform the tech inspection, timing & scoring duties and file event reports. "I'm very impressed with the level of organization and planning that has gone into the event", Said Rietema. 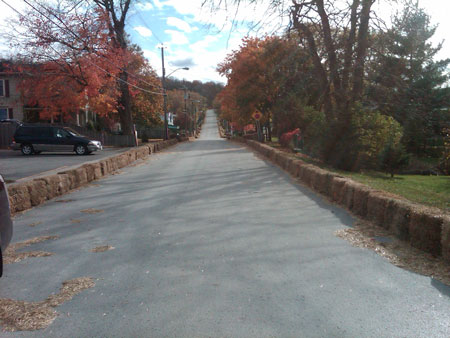 Straw bales line the entire 1.2 km course from top to bottom.  Photo Marcus Rietema
The Parks Family runs a large farm outside of Picton and have put their machinery and infrastructure to work while creating the event.  An army of peope decended on the course yesterday to lay down the straw bales, and construct the event infrastructure.  Crews worked well ino the night doing some last minute road repairs after some patch work they had done earlier in the week began to break up.  An all out effort has been made to create the greatest event possible. 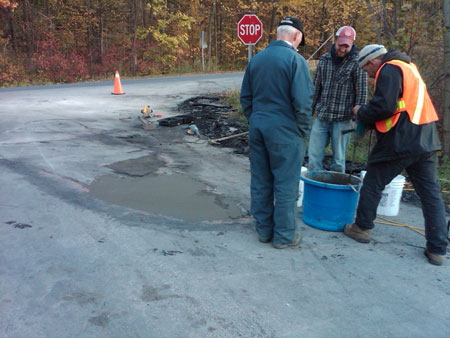 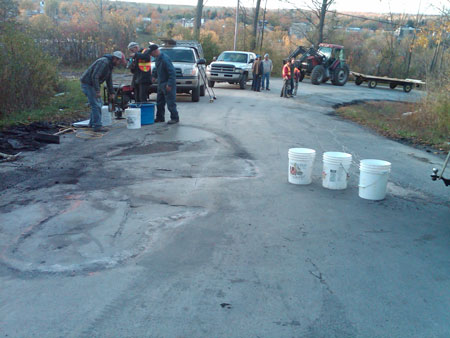 Crews worked throughout the day and night to ensure everything was wel prepared.  Photo Marcus Rietema 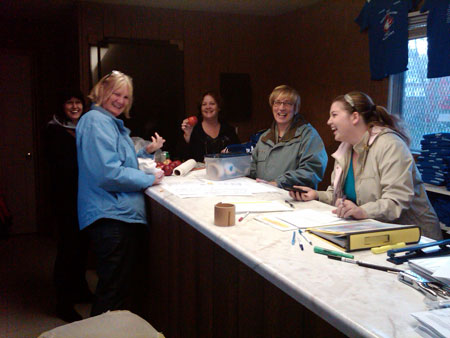 The registration crew prepares for the riders to arrive.  Photo Marcus Rietema 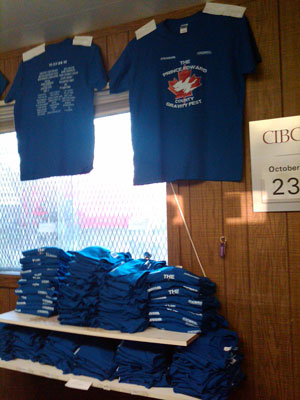 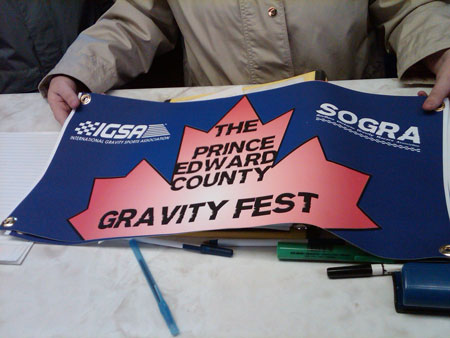 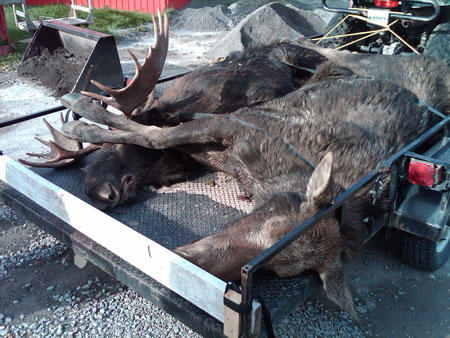 A local hunter brought this pair out of the woods.  This is definitely rural Canada!  Photo Marcus Rietema 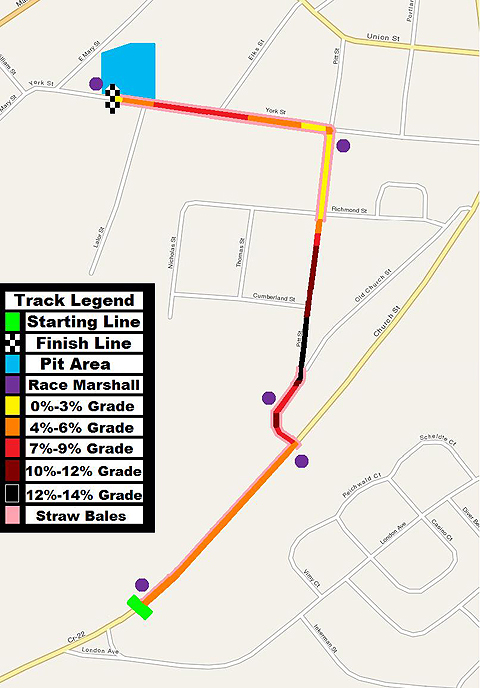