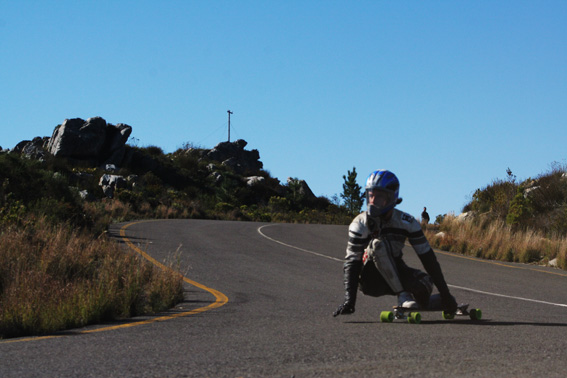 News from Cape Town was that this year nobody was going to foot break on the last corner. Having never seen the hill before, the hype was pretty big as pre-drifting is still a new concept back home in Jo’Burg.
We landed on a less than warm winter’s evening with high hopes and great expectation of what High Rising 2010 had in store for everyone. After an abrupt wake up call, we packed into the back of the bakkie and we were on the way. 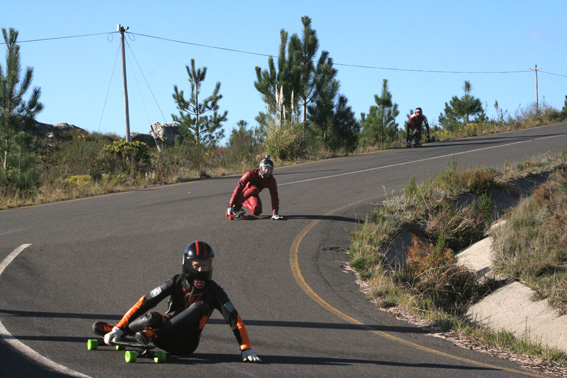 We were met by a few riders with their customary racing ‘tashes freshly shaven  and a mountain of hay bales. Packing bales began and nerves started rising as everyone was eyeing the dip into the last left hander. It was great to see how many stoked riders there were as the numbers are a lot smaller in Jo’burg.
Riding got underway and as everyone took the first couple runs slowly, confidence grew, adrenaline rushed in and riders were pushing harder and harder as the day went on. Personally, my heart skipped a few beats every time I started knowing what was ahead of me. The chicane was a new experience and added an awesome element to the race. 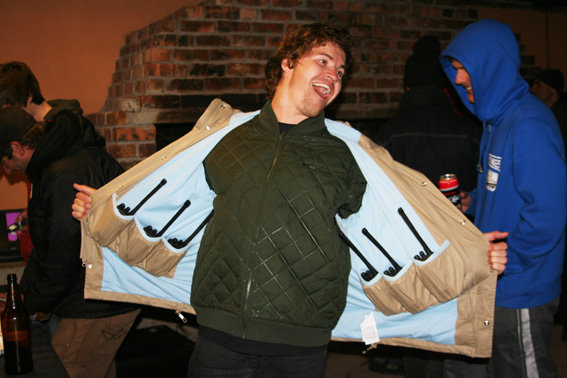 Wheels were the talk of the day. What wheels would work better, which had better grip, which drifted smoother etc. It was rad to see how everyone got on so well and all were excited to see riding comrades they hadn’t seen in a while. 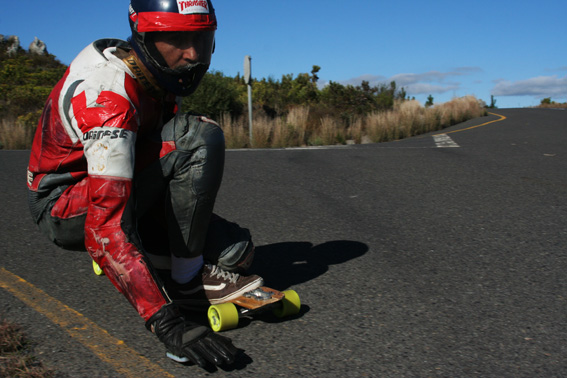 As the sun started setting, qualifying got underway and the level was taken up a few notches. Everyone was pushing so much harder and it showed as some riders had a few spectacular encounters with the hay bales on corner 3. Jo’Burg represented proudly and it was awesome to see guys like Richard Dweza and Matt Arderne charging so hard with sub 52 second times. Riders were on an average of 53 – 54 seconds with a few closer to the 1 minute mark in the Downhill Skateboard category and similar times in the Luge and Classic Luge categories on the 1km (.6mi) High Rising course. 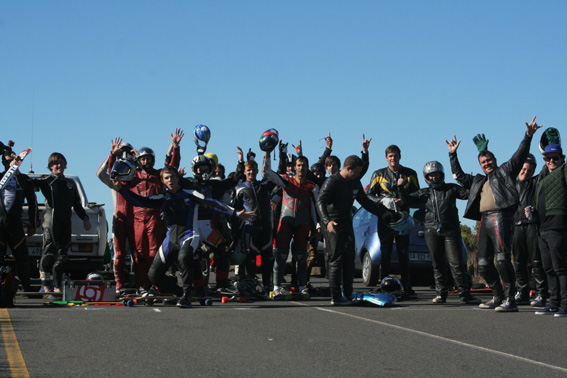 The most awesome thing for me was seeing how many riders came through with 21 Downhill Skateboarders, 7 Luge and 4 Classic Luge riders. 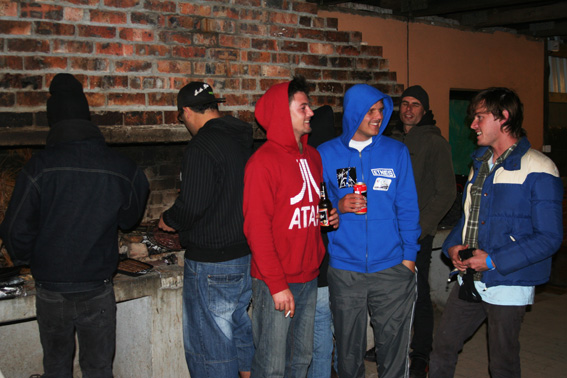 After sunset, temperatures dropped into single figures as we retreated to the BACK TO BASICS camp site for beer, braai and reflection on the day’s events. 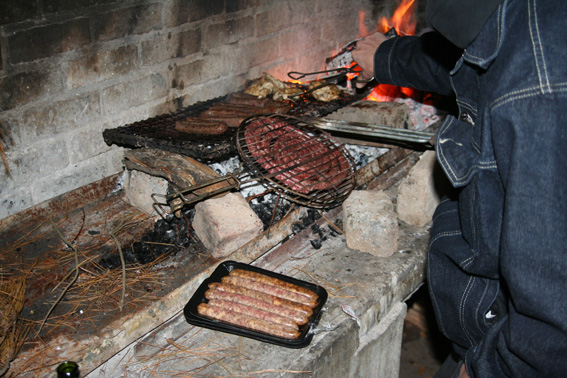 The vibes were good, the hill was gnarly and race day tomorrow cannot come with more anticipation.