Race Report: King of the Fort 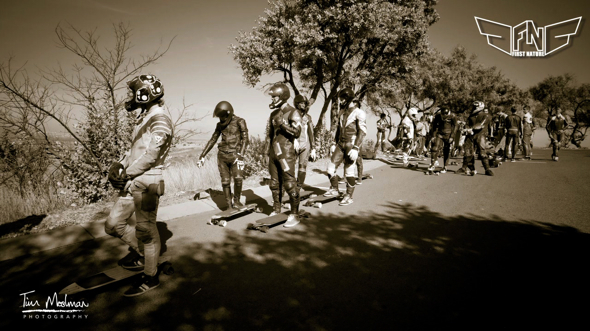 It was clear that race weekend had finally arrived when all the riders gathered at the hill for the welcoming braai on Friday night. Even in the single figure temperatures the excitement was high and everyone was talking about strategies for the hill. On Saturday morning we got to the hill very early to do the final preparations. There’s always that feeling of “something’s missing” even though you’ve run through things a million times in your head. Everything went smoother than we could have imagined in the end though. The riders started to show up at 9am and were welcomed by a “fresh” breeze and everyone got into their lethers quickly, not only in preparation for the practice runs but also to keep warm.

As the day went on, it warmed up slightly but that breeze kept reminding us that it is the middle of winter, the perfect time of year for a race in Johannesburg as it’s almost guaranteed that there will be no rain and no one likes to suit up when it’s hot. Practice runs got underway at 10:30am and riders were dialling in very quickly. Around midday, one of the Cape Town juniors had an awkward crash where he got high sided of his board at the entrance to the chicane.

Adam Lincoln-Lewis took a heavy knock to his helmet and was attended to immediately by the medics. He had to be rushed off to hospital which set a slightly damp mood amongst the riders as we are such a strong family, seeing one of the riders go down is never easy, not to mention the medics were very discreet about the injuries sustained. This made the rest of the afternoon rather quiet, but qualifying still went on and riders managed to keep their pace up despite the worry. It was decided to do only one round of qualifying runs as the riders were more amped on getting more practice than getting that perfect time in qualifying. 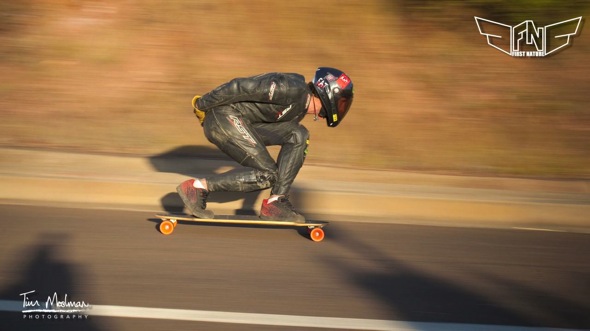 Sunday was definitely the highlight day for everyone. We learned early in the day that Adam was stable and would be out of hospital in a few days. This picked the riders’ mood up tremendously. That and the fact that it was a few degrees warmer, the wind had died down completely and there was not a cloud in the sky. Riders came to check their heats out and strategies were immediately in planning. While riders got their practice runs underway, spectators, media and adrenaline junkies showed up in droves.

More than 200 spectators and media were gathered at the final chicane to witness the action. Some spectators wandered further up and some even started a braai on the hill. The vibe was electric; everyone could feel it and this got the riders more stoked than we have ever seen at a gravity race in South Africa. As racing got underway, the top riders were immediately visible to the crowds as they dominated in their groups and took the perfect racing line through the chicane. The majority of the 50 athletes that entered were from the Western Cape but it must be said that the Johannesburg guys put up a great fight, pushing the visitors to their limits. There were a few riders from the Eastern Cape who also made the long trip for this event. In the end, all 5 categories were taken by the Cape Town athletes but there were Jo’burgers in most of the finals. 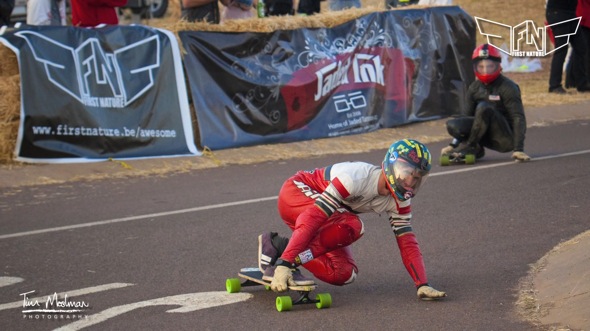 Paul Du Plessis was crowned King of the Fort 2011 in the Open Downhill Skateboard category after he proved he was simply unbeatable on the Fort Schanskop hill when he dominated in qualifying and won every one of his race heats. Once again, Russell Naude showed his dominance of the Luge categories when he placed first in both Street and Classic Luge. We wish both Paul and Russell the best of luck for the world cup races that they will be attending in Europe. Nick hook was crowned in the Junior and Gabi Murray-Roberts in the Womens Downhill Skateboard categories. 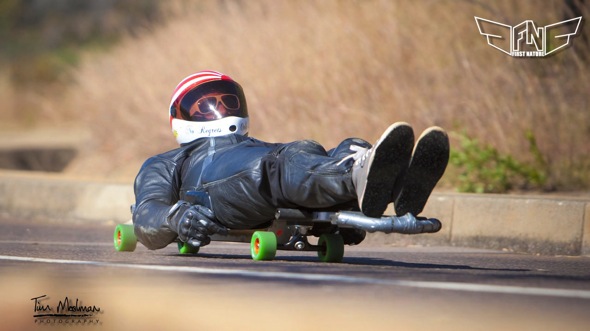 We, as First Nature, are very proud to have hosted such a brilliantly successful event. It was a first time that there was a women’s category in South Africa. We were also very stoked about the amount of first time racers who entered the race, 9 in Downhill Skateboard and a few more in Luge. Hosting events that attract new comers has been one of our major goals since the beginning. 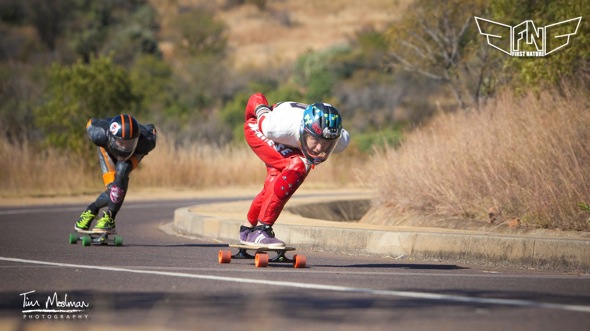 We would like to thank all the riders, the medics, the spectators, the media, our families and everyone that was involved in any way for making this event the success that it was. Lastly and most importantly, we must thank our sponsors for their contributions, without them we would not have had such a great success.

The sponsors for 2011 were, Jaded Ink (Special mention as they were the largest sponsor and we love them), Dusters Clothing, Rockstar Energy, ABEC 11, JET Skateboards, Aerial7 Headphones, iHome, Project Skateboards, Tuks FM, Concrete Wave Magazine, Fat Ant bushings, Antik Classic Luge, Lasertec Street Luge, Sailor Jerry, Craig Harvey and Brad Pinto for the shuttles and Action Cameras. Thanks also to SAGRA and IGSA for officiating the race. You can be sure to see the KING OF THE FORT Schanskop Downhill Challenge on the 2012 South African race calendar. 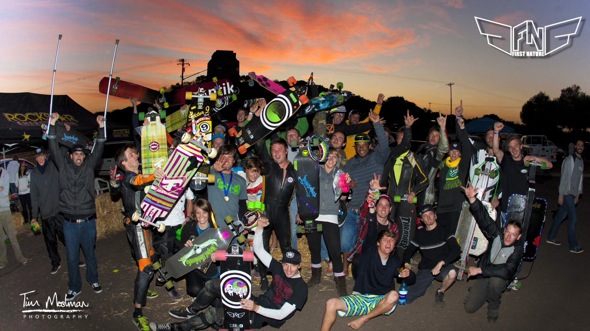 Below are the full results of the weekends racing. 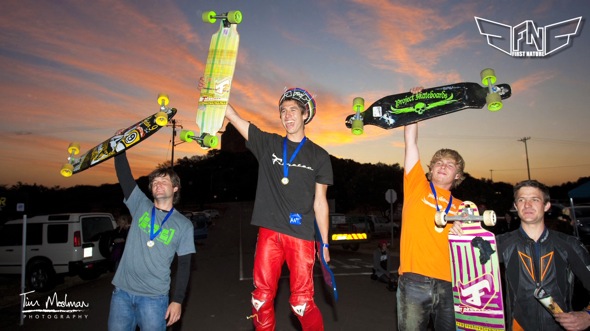 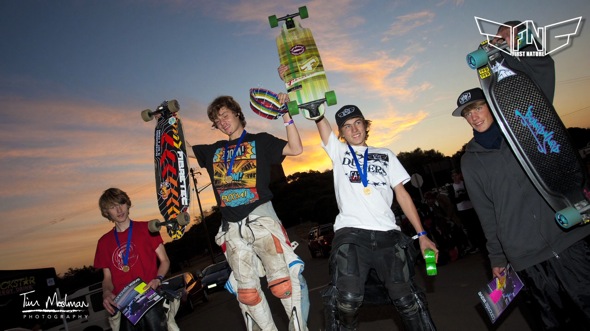 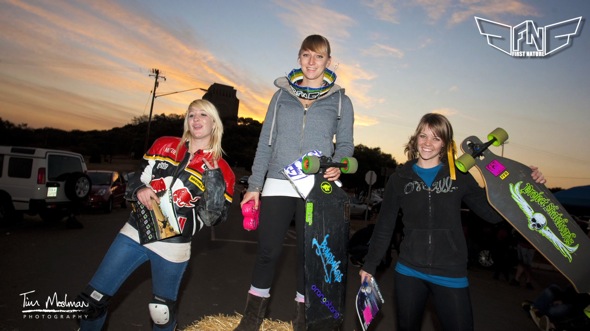 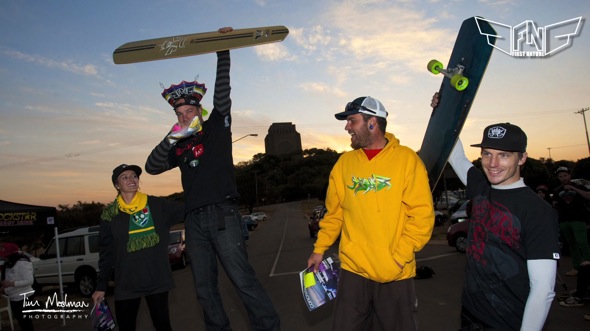 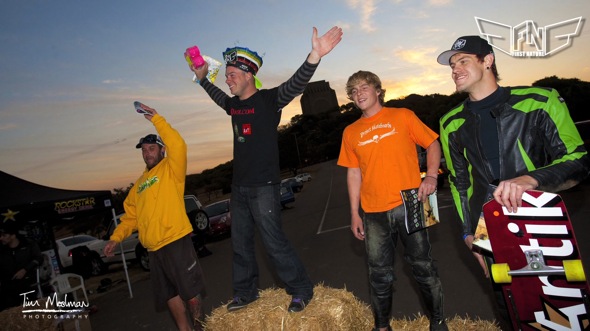