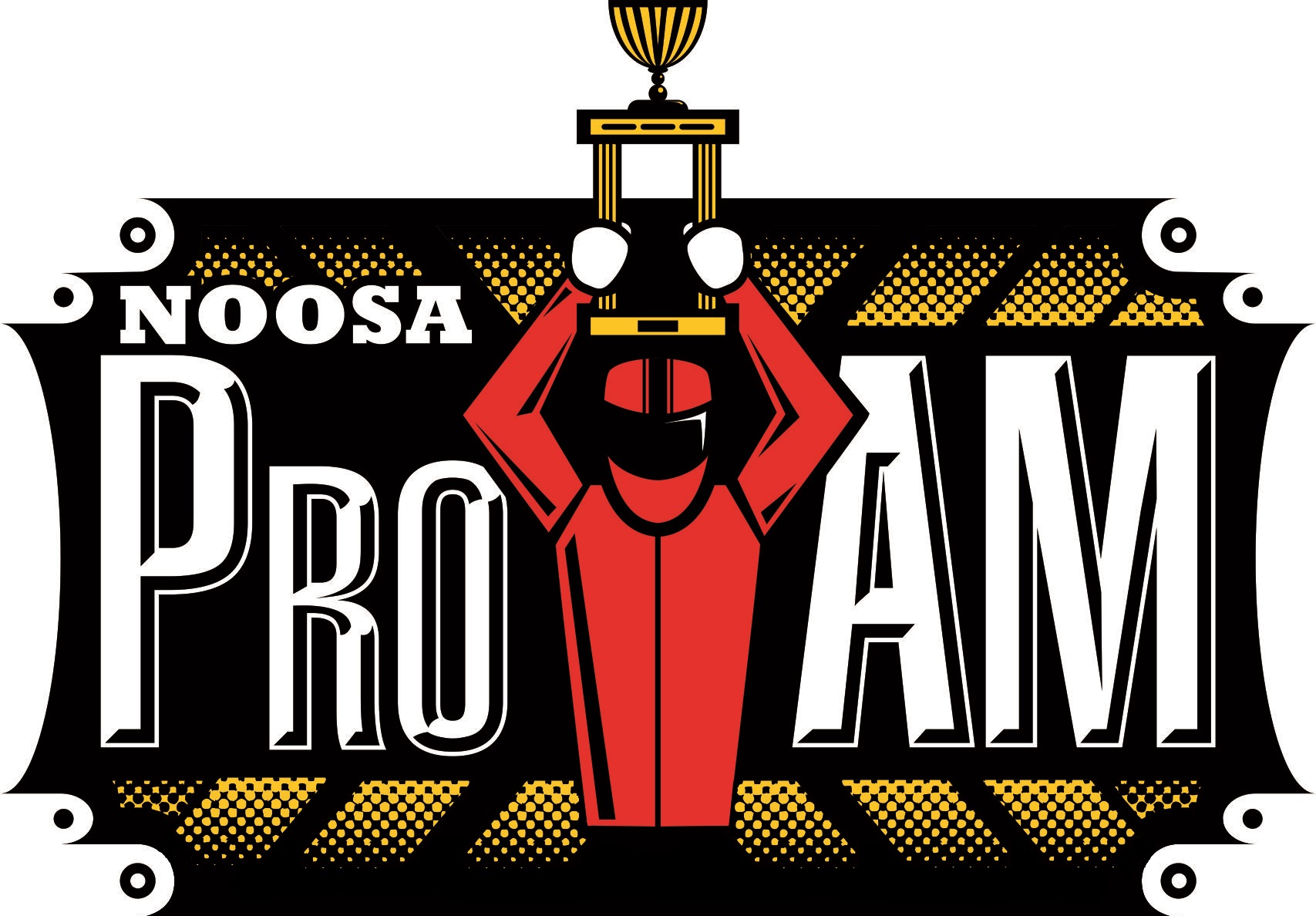 Tewantin, Austraila - The Noosa Hillclimb track hosted the first ever IGSA sanctioned Australian National championship. The track is well known amongst the local riders but this was the first time a sanctioned event was held there.

After a heavy down pour on the Friday night, riders arrived to a wet track and practice began. Scattered showers in the morning and changing track conditions kept riders on their toes. Luckily the track was dry for qualifying in the afternoon.
Local rider Patrick Walker set the fastest time in Downhill Skateboarding with a time of 2:26.40min. Michael English dominated the Classic Luge qualifying with a time of 2:29.65, almost 5 seconds ahead of 2nd place. In Street Luge, Nic McKirdy set the fasted time with 2:24.81min.
The Noosa ProAm trialled a new race format known as the Cascading tree where riders who are knocked out are able to race off for the minor positions. This gives all riders an equal number of races.
Race day presented the riders with perfect Queensland weather and the event began with gravity bike and inline completing 3 heats. Brett Phillips from Melbourne had a convincing win on the gravity bike and local rider Shaun Condon dominated all 3 heats in inline.
Classic luge racing was close with some very competitive heats in the semi-finals. Michael English and Merrick Wildash progressed to the finals as well as Nic McKirdy and Italian rider Davide Longhin. The final finishing order was Michael English who made a dramatic pass at turn 7, followed by Nic McKirdy, Davide Longhin and Merrick Wildash in fourth. 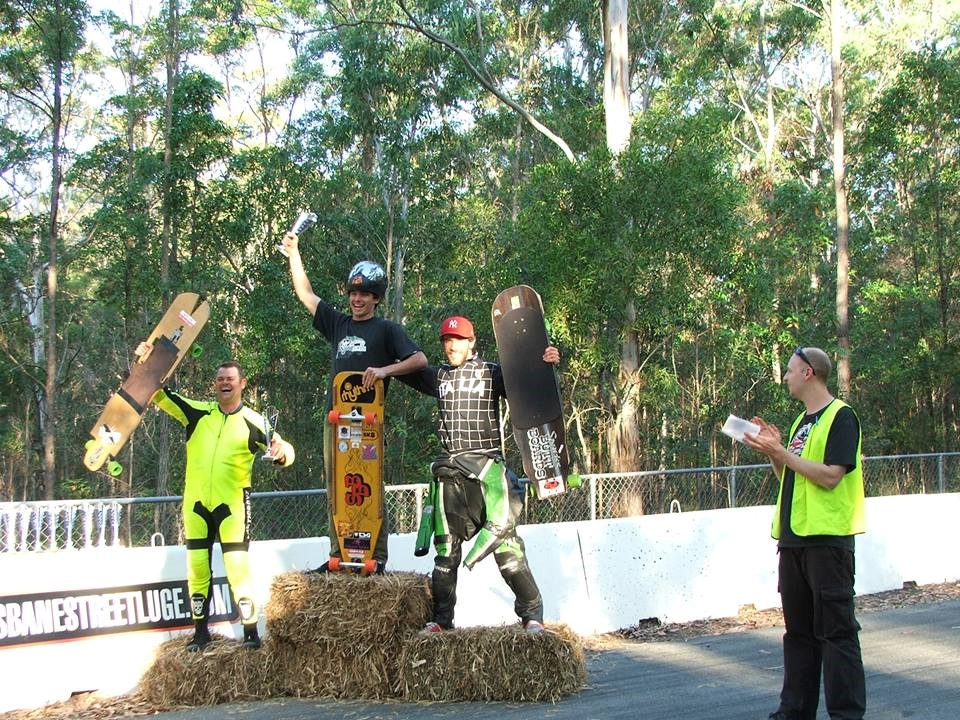 The Downhill Skateboarding class was full of local riders and the heats were tightly contested. 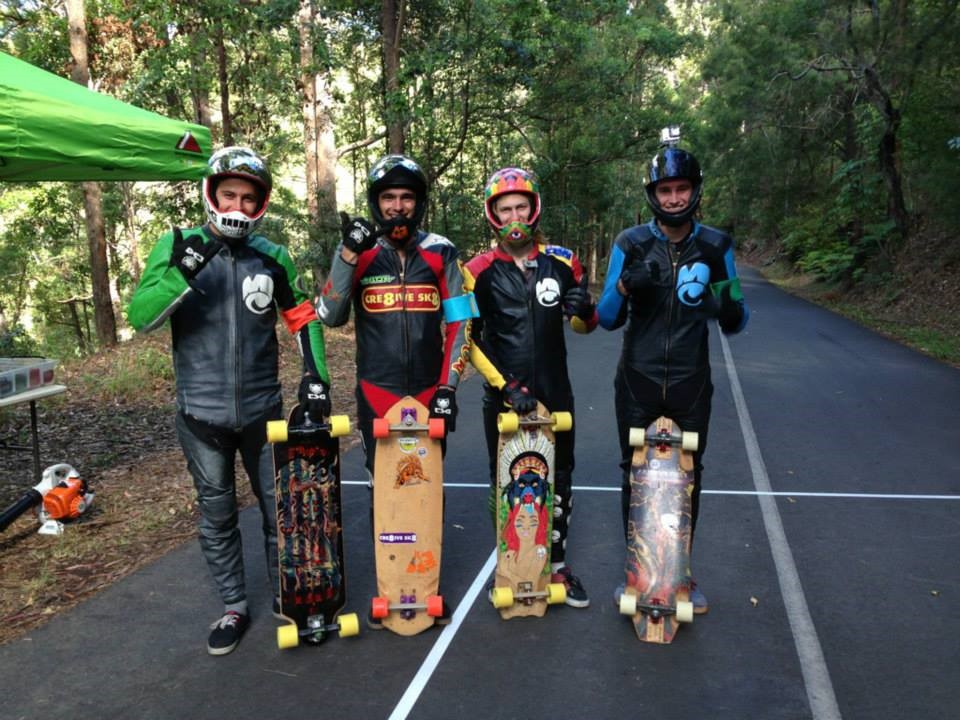 Patrick Walker, Michael English, Cameron Hancock and Zach Hewett prepare for the final
The final was incredibly close and event officials had to check the video footage. 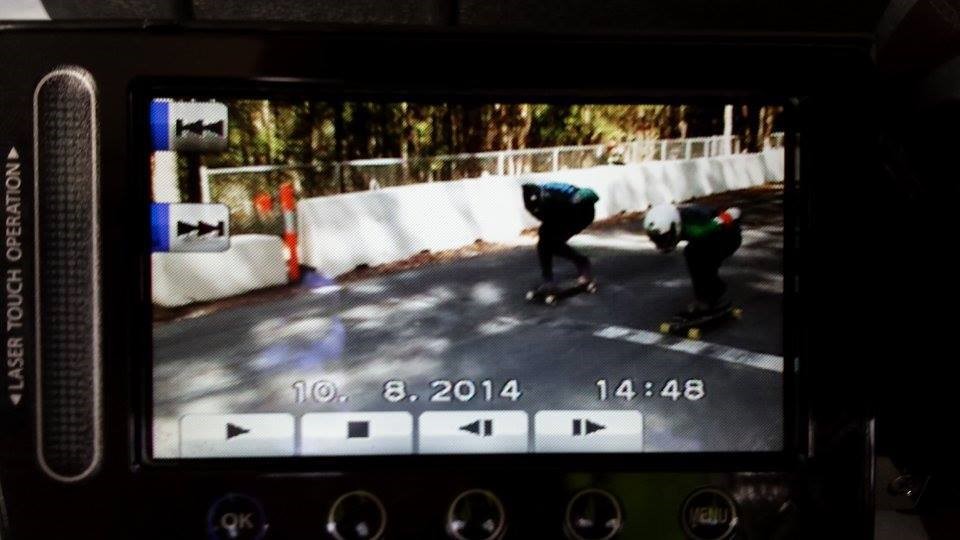 After deliberation, Patrick Walker won the event by mere centimetres, with Zach Hewett in second place. Michael English filled the third place straight after his classic luge win.  The consolation final was won by Micahel Coppleman, with Victoria’s Alex Young in overall 6th place followed by Merrick Wildash and Josh Evans in 8th. 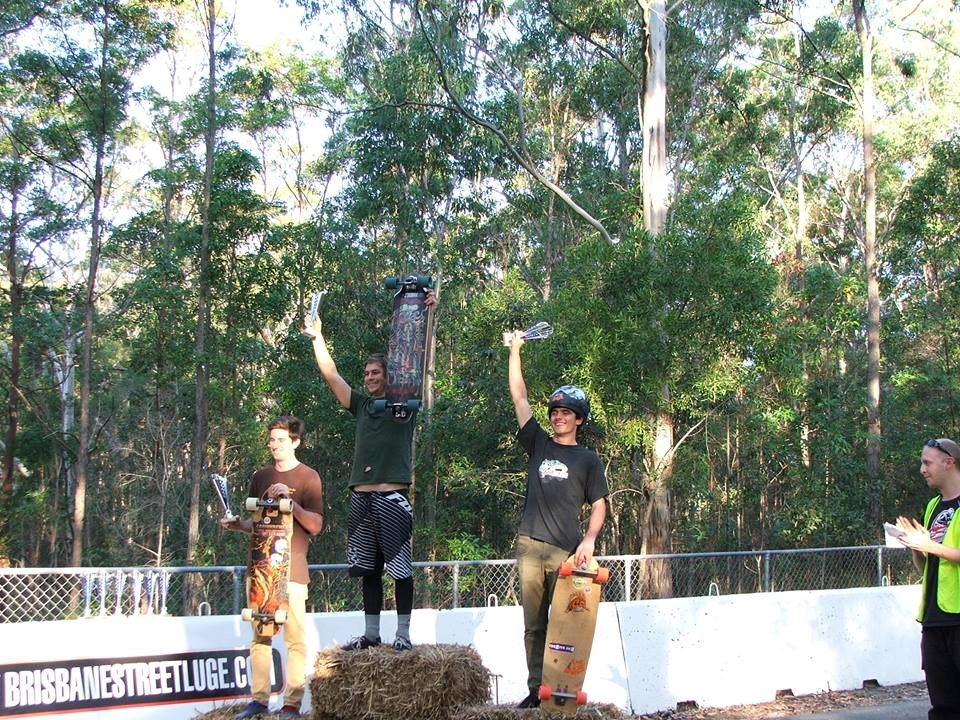 Last by not least was Street Luge and the race for the National Championship.  A few late entrants from the Downhill Skateboarders borrowing classic luge boards bolstered the numbers up to 28.  Racing was set to be very exciting with many riders vying for the top spot.
Locals Noel Edmondson and Steve Knudsen were the race favourites for many with their impressive skills and knowledge of the hill.  Even though it was Michael English’s first luge race, he was a crowd favourite with his knowledge of the hill and winning in classic earlier that day.  Nic McKirdy and Ken Doyle, the other contenders, weren't going to let these guys get in their way though.  They were determined to knock Steve from the top of the domestic championship ladder.
A protest between Merrick Wildash and Michelangelo Cecconi in Round 2 forced a re-run of the race which changed the outcome with Merrick now moving into the semi-finals
The Finals were now set. Riders from all disciplines and spectators crowded around the finish line to see who would cross the line first. Local favourite Steve Knudsen won the consolation final, followed by Matt Gartrell, Merrick Wildash and Italian ex-pat Davide Longhin.
As the final rounded the last corner the crowd cheered, it was the neon yellow of Nic Mckirdy in first but the other riders were not far behind.  It was going to be very close!  Nic held out and took first place becoming the new Australian Champion and winning gold for the first time ever in his career.  Michael took second and Noel took third, both riders finishing within a meter of Nic.  By all reports it was one of the best races the riders had experienced. 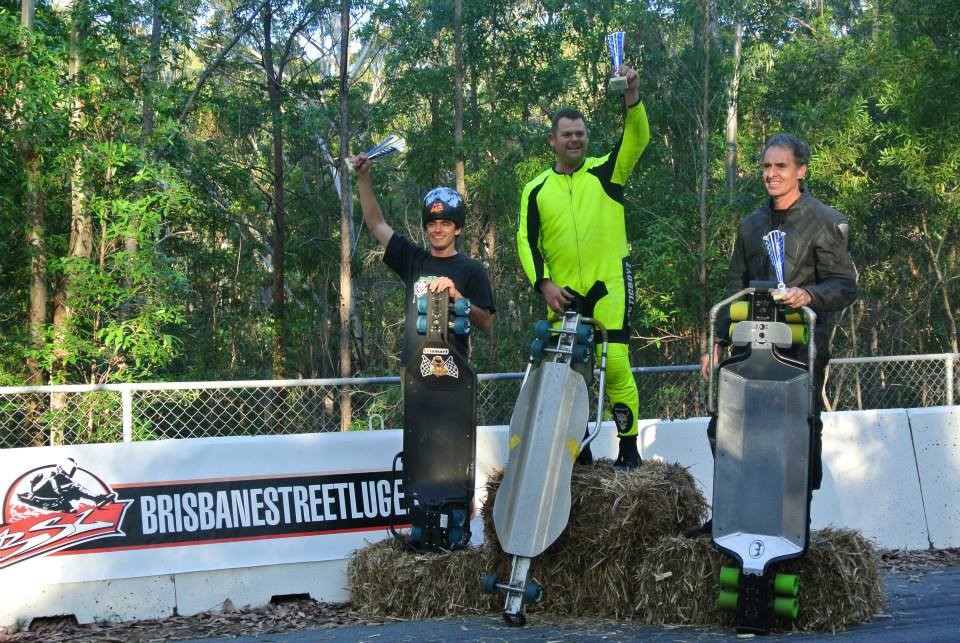 A huge thank you to Noosa Council, Queensland Police and National Parks for allowing this event to happen and also to Tyler Johnson and the Brisbane Streetluge group for hosting us. Looking forward to 2015.