Petaluma, California –  Details on the 2011 Maryhill Festival of Speed were announced yesterday by organizer Volcanic Promotions.  The event will take place for the fifth consecutive year June 29 through July 3 on the historic Maryhill Loops Road near Goldendale, Washington, USA.

There  will be numerous practice runs throughout the week with timed qualification runs on Friday and Saturday afternoon.  Heat racing will take place on Sunday.

Free Athlete Camping w/showers, free bottled water, a free event t-shirt and free live music featuring LooseTooth will be provided to all competitors.  Lots of swag will be randomly passed out throughout the event. 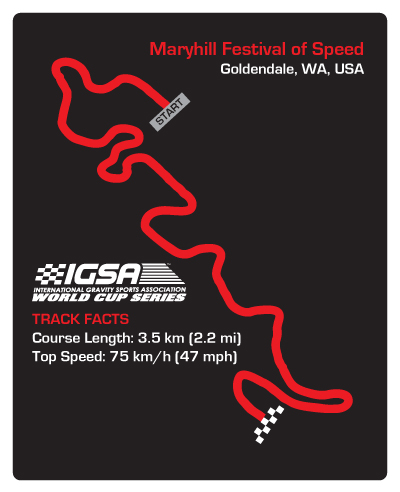