Lally Files for NASCAR Sprint Cup Rookie of the Year 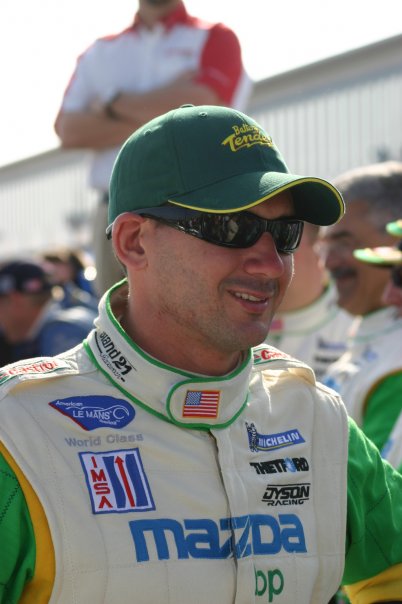 Daytona Beach, FL, USA- Andy Lally, driver of the No. 71 TRG Motorsports Chevrolet Impala SS has filed his application to run for the NASCAR Sprint Cup Series (NSCS) Rookie of the Year.  The quest will begin with this weekend's Daytona 500 to be run at Daytona International Speedway, Sunday, February 20.

Lally who is the 2009 IGSA Classic Luge World Champion is an accomplished road racer with three Rolex 24 Hour At Daytona wins to his credit, will be attempting to win the NSCS Rookie of the Year for 2011.  The Northport, New York born racer is looking forward to the challenge.

"It's a really neat opportunity to be able to run for the NASCAR Rookie of Year," Lally said.  "To be able to race for such a cool award is going to be great.  I am looking forward to the challenge.  I am hoping that a few more guys will come out to compete for the award.  As a racer I want to compete, having a few more guys running for the prize would add another level of competition to the weekend for me."

Lally will be making his ninth NSCS start on Sunday in the Daytona 500.  Lally entered into NASCAR racing with team owner Kevin Buckler back in 2007 when Buckler and a group of investors purchased Darrell Waltrip's Camping World Truck Team.

Kevin Buckler is ready for Lally to show what he has this season.

"Andy and I have been together since 2004," Buckler said.  "Andy is one of the most talented and professional drivers I have encountered behind the wheel of a race car.  We have won over 30 races, two Rolex 24 Hours and multiple championships together.  We are happy to give Andy this opportunity and we are looking forward to what the season will bring."