Published: Wednesday, 15 October 2008 21:08
Glendora, California,USA - The 2009 IGSA World Cup Series schedule has been in the making for many months and came together as our finest ever. We are definitely building on the success and strengths of this year and looking forward to furthering the sport and the series in 2009. 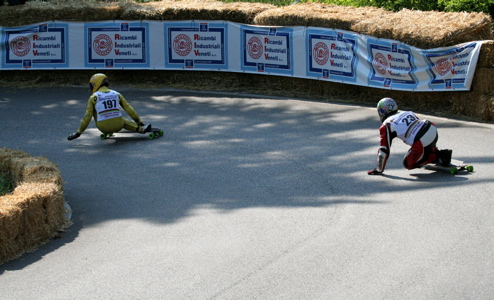 Downhill skaters on a demo run in Teola, Italy

All of the events now fall into a season that runs consecutively from July-Dec. The first half of the season will take place n the summer/fall months of the Northern Hemisphere. For the second half, the races will move to the Southern Hemisphere taking advantage of their spring/summer weather. By having events each month the series will build momentum with a steady flow of races and news. As we attract more and more mainstream media coverage, this will be crucial. 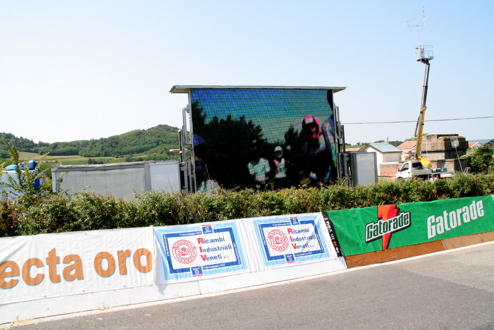 Giant screen monitors are used in Teola to keep the spectators informed.

We are very excited to add a new event in Teola, Italy. This is a long running, established, professionally organized event that has been inline skate based in the past.  The organizers are pulling out all the stops to make the Padova Grand Prix an amazing IGSA World Cup event with the emphasis on Downhill Skateboarding. Cyrille Harnay visited the venue last weekend and came back thoroughly impressed. He's had nothing but good things to say about the organization. 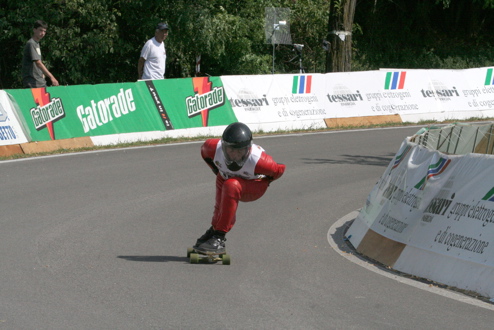 Teolo will make up the third and final leg of the new "European Triple Crown". The Peyragudes 2luxe Cup and Almabtrieb World Cup will be the first and second rounds. The three events comprising the “European Triple Crown” will have a separate points championship and we intend to award prize money for the top finishers.

Hot Heels Concrete will be a non-points event organized by Gerhard Lanz. The unique five-day event will be held on the Olympic Bobsleigh track in Innsbruck, Austria. It will feature a large prize purse and international television. Due to the unique format and the fact that we already have four top notch European World Cup events, we will not award World Cup points. We will award separate "Bobsleigh Track" Championship titles. Pending the response, this could be the beginning of a separate series that utilizes bobsleigh tracks around the world.

The IGSA would like to thank all of the event organizers for their commitment, dedication and hard work that is making such an amazing series of events possible. We also want to thank all the racers who have made a serious commitment to the IGSA World Cup Series. 2009 is truly going to be a breakout year!