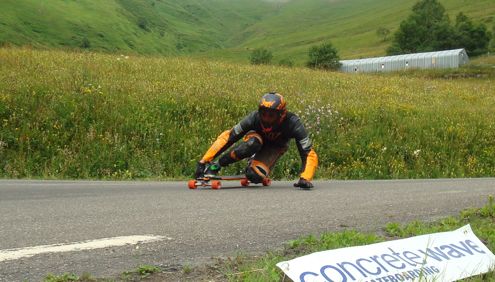 Peyragudes, France- Beautiful sunny skies in the French, Pyrenees brought a warm welcome to the participants on the first day of the Peyragudes 2Lux Cup.  Competitors from all over Europe, North America, South America,  Asia, Australia and Africa have descended upon the Peyragudes Ski Resort for round number one of the 2009 IGSA World Cup Series. 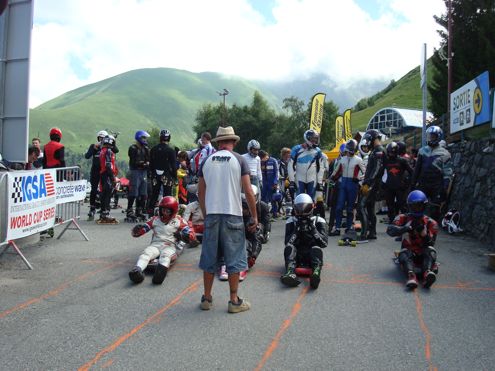 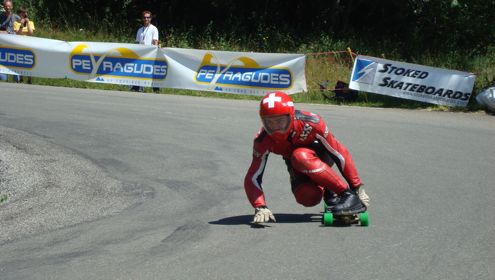 Martin Siegrist looked smooth and fast all day.  Photo Marcus Rietema
Technical Inspection was open all day so many riders took the opportunity to have their gear inspected to receive the all important “Tech sticker.”  In the evening a reception was held to welcome the riders by the local community.  A DJ played music and everyone appeared to be having a great time. 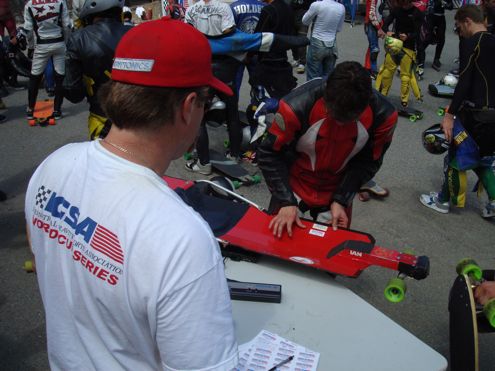 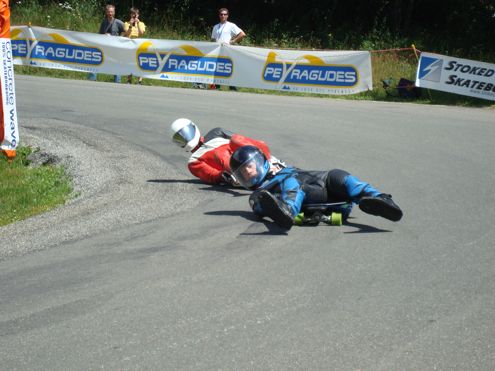 Canadian Kolby Parks is stoked to be racing in Europe this Summer.  Photo Marcus Rietema
Two sessions of Open Practice were held with riders making multiple runs to learn the course and dial in their equipment.  For skaters like 2008 fastest qualifier Mischo Erban, 2008 World Cup Series Champion Scoot Smith and three time World Champions Martin Siegrist, it was a chance to get reacquainted with the course and fine-tune their gear.  For others like 2008 Vice-World Champion James Kelly from California, it was their first time seeing the course as they faced a steep learning curve to match the speeds of the more experienced riders. 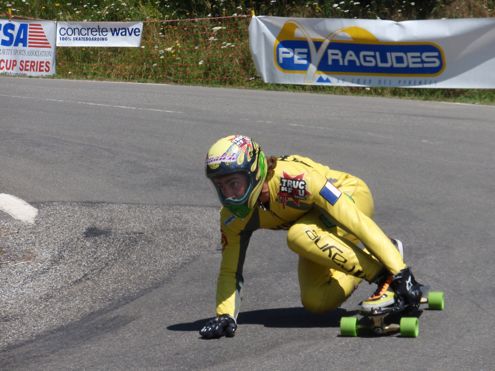 Olivier Bareaud is enjoying his home World Cup race.  Photo Bob Ozman
Tomorrow is the first day of competition with practice scheduled in the morning followed by the first round of qualifying in the afternoon.  The weather forecast is calling for heavy rain on Friday so the organizers are considering running both qualifying runs tomorrow.  A decision will be made during the lunch break tomorrow. 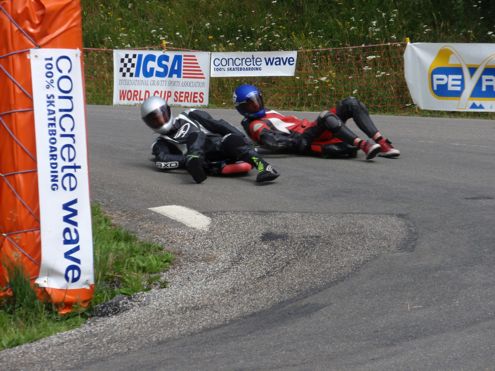 A pair of street luges running tight through the hairpin.  Photo Bob Ozman 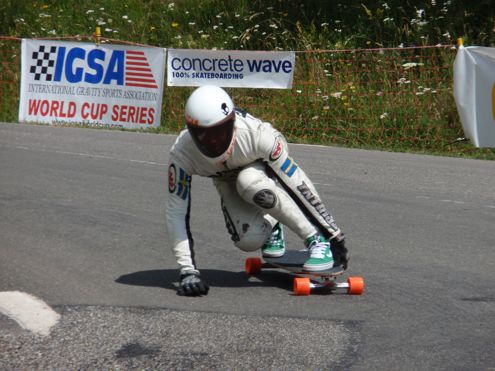 Robin Sandburg from Sweden showing excellent form.  Photo Bob Ozman
It’s all shaping up to be a very big day with the stars of Downhill Skateboarding ready to battle it out in round one of the 2009 IGSA World Cup Series.  We’ll have complete qualifying coverage tomorrow. 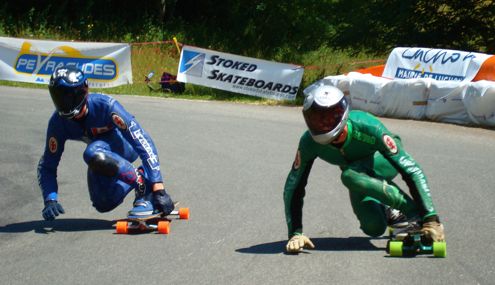 Patrick Switzer spent much of the day following Scoot and learning the lines.  Photo Marcus Rietema