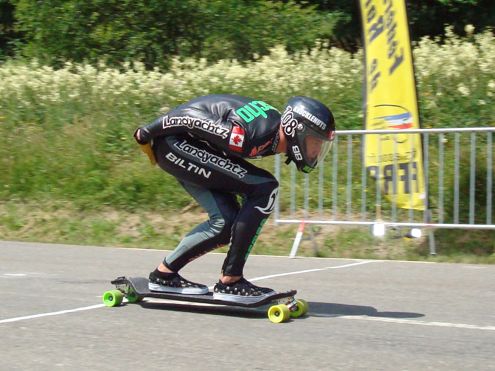 Peyragudes, France- Thursday morning greeted everyone at the Peyragudes 2Luxe Cup with beautiful weather and warm temperatures.  The weather forecast on Friday is calling for rain so the organizers decided to run both of the Downhill Skateboard qualifying runs today.

In Downhill Skateboard qualifying Ramon Konigshausen from Switzerland set the quickest time of the first 20 riders with a time of 3:18.860.  The slalom World Champion is focusing on downhill in 2009 and is definitely making his presence felt. No one was able to touch Ramon’s time until Frenchman Jonathan Martinez put in a 3:15.310 dropping the fastest time by over three and a half seconds. 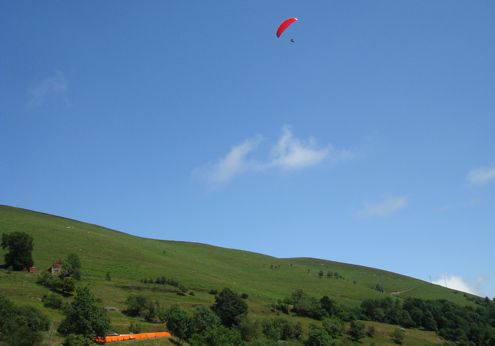 The scenery in Peyragudes is spectacular.  Photo Marcus Rietema 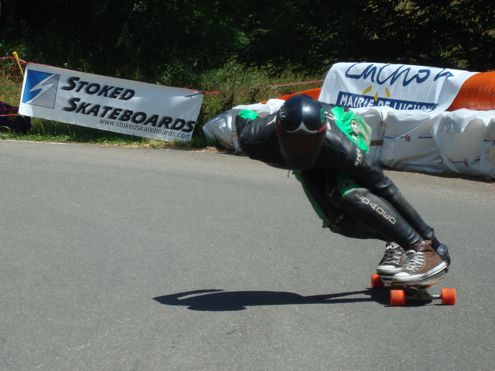 The time Martinez set looked pretty strong after Scoot Smith came down with a time of 3:16.560 to move into second.  Jackson Shapiera from Australia was the next skater to take a shot at Jonathan and he came close when he turned in a 3:15.900 pushing Scoot back to third.  A few other skaters like Will Brunson from the USA and Stefan Ruefli from Switzerland put in strong runs but none of them could unseat Martinez. 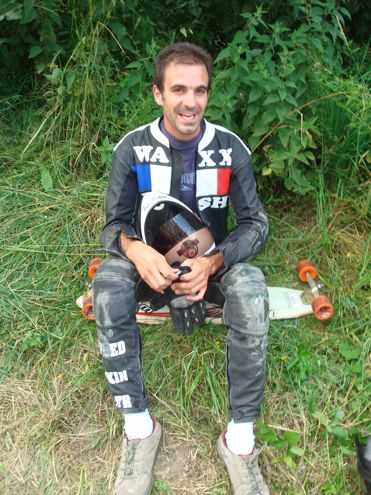 Finally it was Mischo Erban’s turn and he put in a time that completely blew away Martinez and the rest of the field when he turned in a 3:12.800.  Martin Siegrist turned in a disappointing 3:17.920 and Patrick Switzer turned in a respectable 3:15.220.  As the qualifying session drew to a conclusion it seemed the only two riders with a realistic shot at Mischo’s time were the American skaters James Kelly and Louis Pilloni.  Kelly came first and turned in a very fast 3:13.450 to move into second place.  Then came Pilloni carrying a lot of speed across the finish line.  The time came in just a tick short of Mischo’s at 3:12.920. 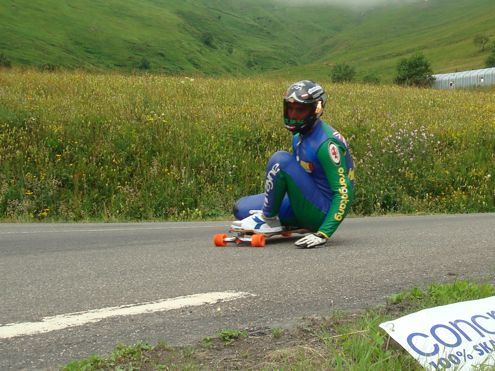 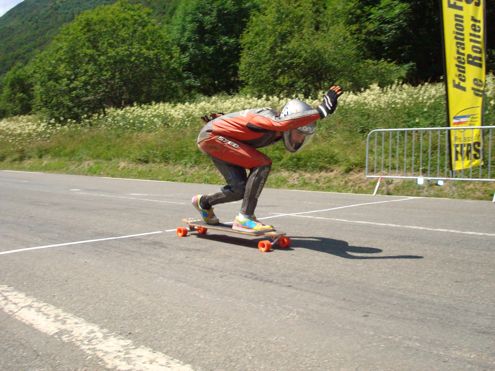 Louis Pilloni (USA) was the only skater to get close to Mischo's time.  Photo Marcus Rietema

The second round qualifying got started with Olivier Bareaud taking his first qualifying run.  He’d missed the first run and the morning practice runs due to an overnight bought with the stomach flu.  Bareaud turned in a time of 3:20.040 and was happy to make a qualifying run.  Konigshausen moved up turning in a 3:16.240 to lift himself into 7th place overall. 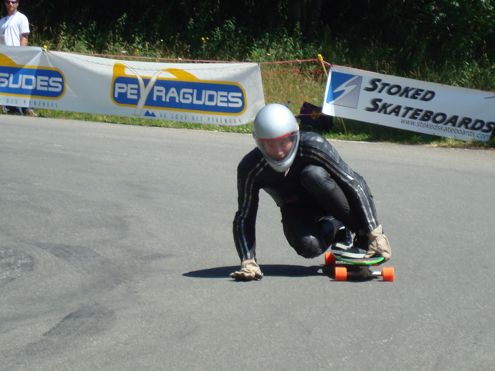 Ramon Konigshausen (SUI) is making the transition from slalom to downhill.  Photo Marcus Rietema
Jonathan Martinez put in another quick time and moved up to fourth with a 3:14.860.  Scoot Smith improved his time and moved up to 6th with a 3:15.670.  Stefan Ruefli moved into the top ten with a 3:18.240.  Mischo Erban put in another blistering run and dropped the fast time to a 3:12.480. Siegrist jumped up the timing charts to fourth with a 3:14.830.  It was a significantly better run for the three time World Champion.  Christoph Batt moved into seventh with 3:15.850 and dropped Jackson Shapiera to 8th in the process. 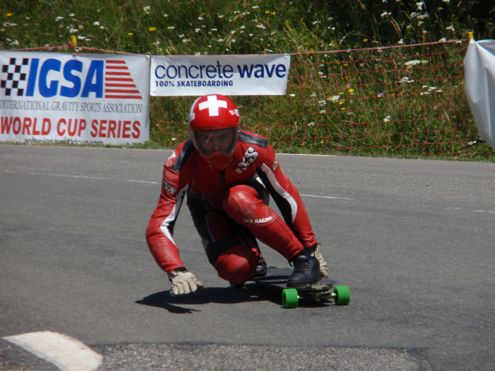 As the second run wound down, neither Pilloni or Kelly were able to improve thier times.  Erban will start the race from the number one position on Saturday and looks like he will be hard to beat.