Jungholz, Austria - Under wet soggy conditions, qualifying got under way for the Almabtrieb World Cup. Only the Classic Luge and Street Luge classes took their first qualifying runs today. The race organizers decided to push back both runs of Downhill Skateboard qualifying to Friday when hopefully the weather conditions would improve. 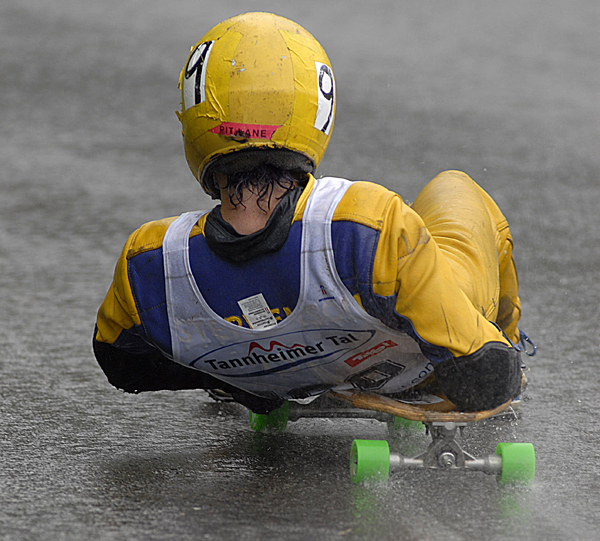 In Classic Luge only 15 of the 30 registered competitors elected to take a wet weather qualifying run. The others decided to gamble that they would have a single dry run on Friday. Christian Schuetz of Germany was the fastest qualifier followed by fellow German Eugen Forschner in second and defending World Cup Champion Michael Serek of Austria in third. The riders will take their second qualifying run to set their final grid positions tomorrow.
Olivier Wagner of Switzerland led the field in the first run of Street Luge qualifying, 2006 IGSA World Cup Champion Beni Weber made it a Swiss one, two. They were followed by the German Forschner in third. Street Luge only had 11 of the 21 registered riders elect to take a qualifying run. Street Luge will also have their second qualifying run on Friday. 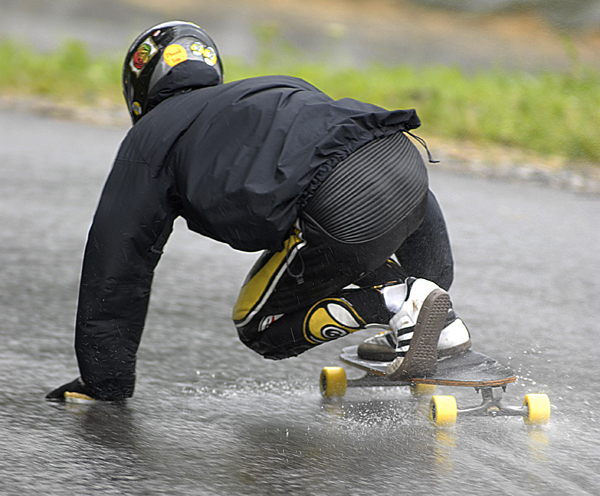 For many of the downhill skateboarders, it was a day to rest, relax and socialize. A few riders took some wet weather practice runs to dial in their rain set ups in case tomorrows qualifying session is wet. Many riders reported that the “Landyachtz Aqua Hogs” were the wheel of choice for cornering grip. The new 77mm “Seismic Speed Vent Black Ops Formula” also seemed to work well in the rain and were used by Olivier Wagner to record the fastest time in Street Luge. 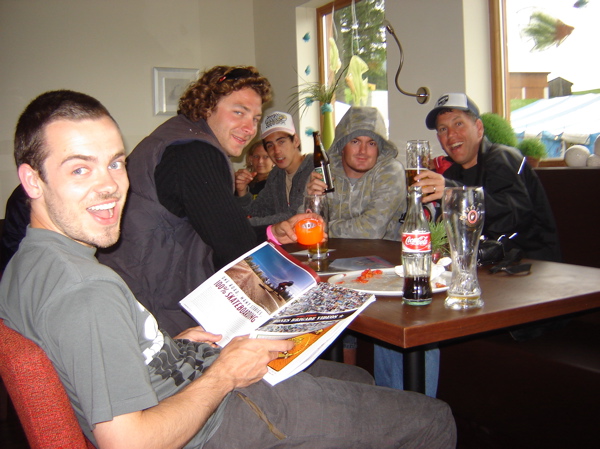 Concrete Wave Magazine Publisher Michael Brooke arrived today for his first taste of the European Downhill scene. He seemed genuinely impressed and was greeted by many fans of his magazine. The IGSA is very pleased that Michael is dedicating four pages in the next issue to cover the three European World Cup events. 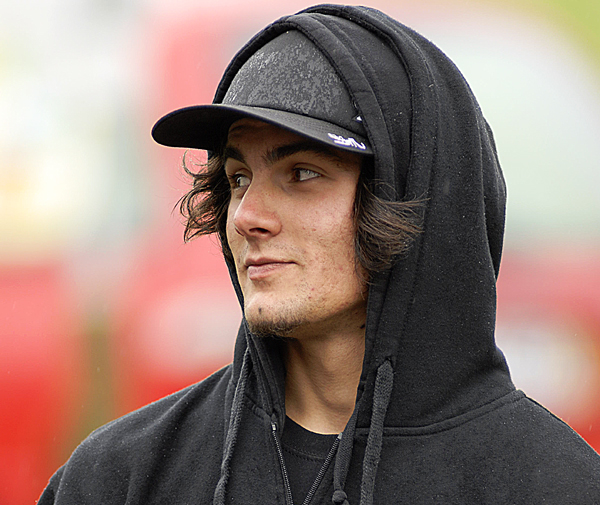 The day ended with a riders meeting where it was announced that a decision would be made in the morning for the qualifying order. IGSA President Marcus Rietema also made an announcement regarding the “Push rule” that was tried last week in Peyragudes. He said that the new rule did not work out as planned and that from this event forward their would be an unlimited push rule in effect. He said that riders will now be able to push at any point from the start to the finish line without restriction. 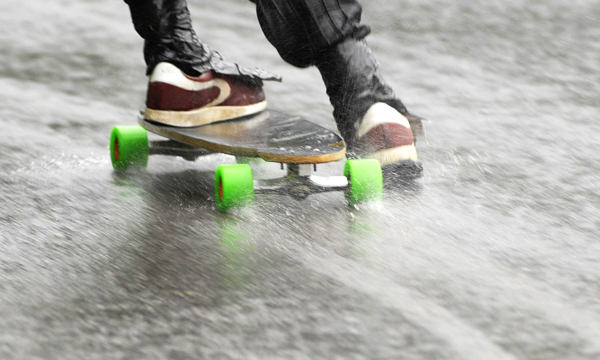