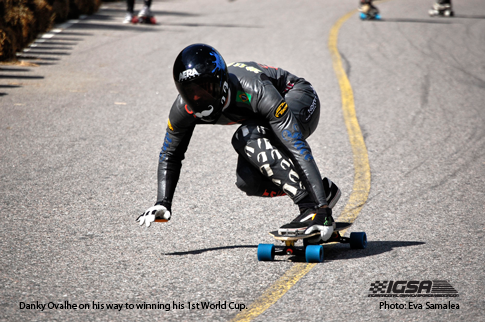 San Luis, Argentina - After two days of intense downhill skate activities, race day at the Snake Skeleton World Cup was an unforgetable experience to every racer who made it into the race from Saturday´s qualifying.

The same tail wind that knocked out 12 riders on Friday morning blew again but with the riders much more prepared after two days of skating. With so many quality contenders making it through from qualifying, it created one awesome race after another. The IGSA Officials had a difficult job on their hands with tight finishes and races only being decided after viewing lots of video images. 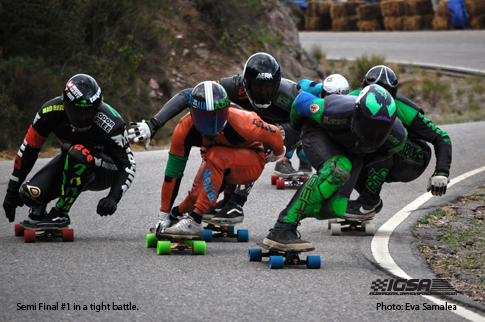 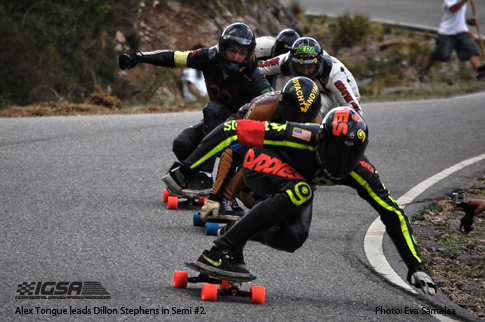 In Open Downhill Skateboarding, Danky Ovalhe from Brazil came through to win his first ever IGSA World Cup race.  He was joined on the podium by Alex Tongue from the United States in second and Brazilian Tiago Gomes Lessa in third. Tongues’ second place finish now makes him a legitimate challenger for the 2012 IGSA World Cup Series Championship. Lessa had a solid run to third and was getting faster and faster as the race went on.  Canadians Niko Desmarais, Dillon Stephens and Max Grandmiller finished in fourth through sixth respectively. 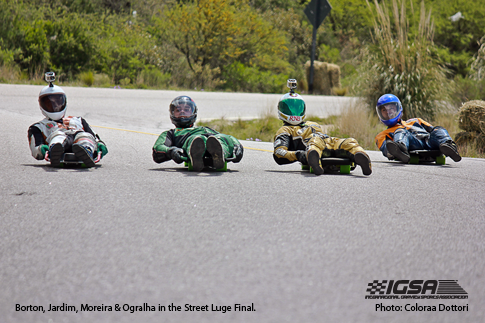 Brazilian Leo Borton, who was last week’s Street Luge Champion of the Festival de la Bajada in Bogota, Colombia, won his second IGSA World Cup in a row. Mario Jardim ran an incredible final round to finish second. Thiago Moreira finished third and Jonathan Ogralha in fourth making it a full Brazilian sweep of the podium. 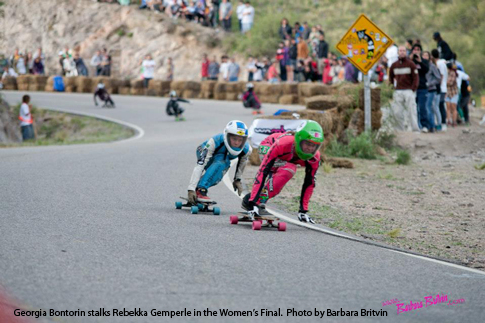 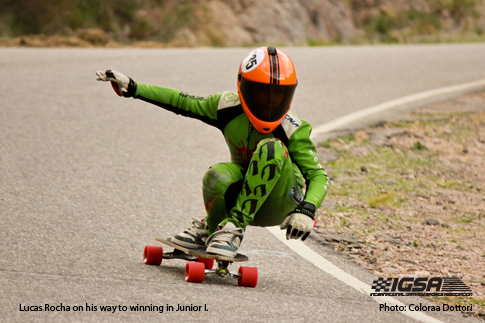 Brazilians won both of the Junior Downhill Skateboarding classes with Lucas Rocha in Junior I and William Rubin in Junior II.

The 2012 IGSA World Cup Series now takes a break for nearly a month before resuming November 15-18 at the Top Skate Pro Teutonia. Meanwhile the IGSA South American Downhill Series moves on to Lima, Peru next weekend for the Copa de Los Reyes. There is still a lot of racing left in these final three months of the year.