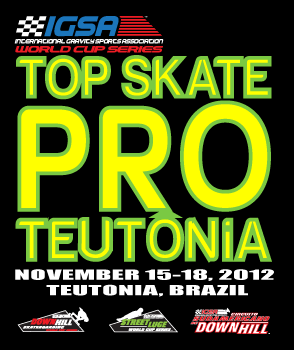 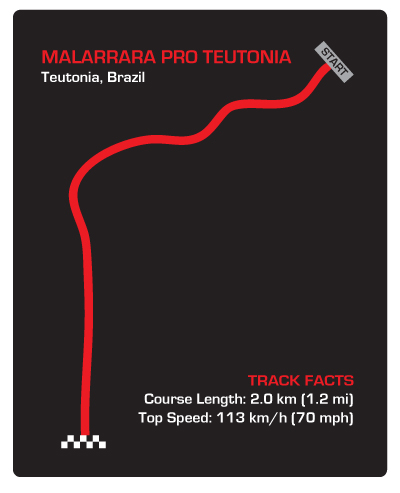 Following the new format used on the IGSA South American Series, Friday was also a full day of practice with the 188 registered competitors taking an additional nine practice runs. In all, 15 practice runs were offered. Qualifying starts Saturday and at least two qualifying runs will take place on Sunday to seed the field into the brackets for Sunday’s race.

Currently Brazilian Douglas Dalua sits in second place in the IGSA World Cup point standings. He is hungry for the victory or at least a second place finish in the race, to move into the points lead before heading into the final round in South Africa. If he’s able to do it, then the Series Championship will be his to win or lose on his own accord. Dalua is eager to bring the first ever IGSA World Cup Series Championship to South America.

In Women’s Downhill, a record setting five competitors are registered showing how the women are getting more competitive everyday. In addition, Junior II Downhill Skateboarding for skaters 14-17 years old, will be racing for the very first time in Teutonia.

Current IGSA World Cup Series Classic Luge points leader Frank Williams from the United States is in Brazil for the very first time. He’s spent the past two days coming to grips with the ultra high speeds of Teutonia and yesterday recorded a speed of 130 km/h (81mph) on his GPS. Two time IGSA World Cup Series Champion Street Luge Champion Yvon Labarthe is also in Teutonia for the first time. He will be challenging defending IGSA World Champion Walter Baresi from Brazil and a host of other top contenders for the win.

During practice, unofficial speeds of 129km/h (80mph) were registered for Downhill Skateboarding while a mind blowing 141km/h (88 mph) was registered in Street Luge. Competitors from Switzerland, USA, Canada, Colombia, Venezuela, Chile, Peru, Argentina and Brazil will have to challenge Teutonia’s fast track to get their pass to compete on Race Day. Teutonia is certainly the track to exceed the limits of speed and gravity.