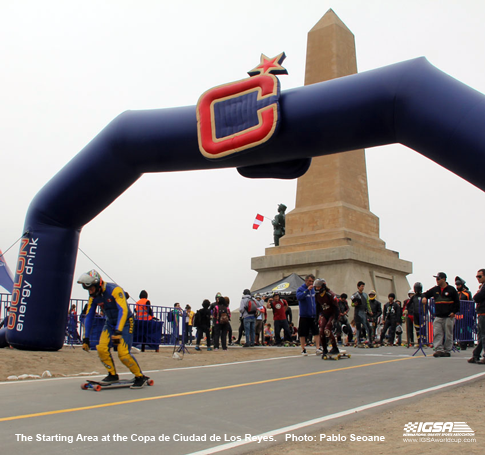 An obelisk, a statue of Christ and a big cross that is lit up at night enabling it to be viewed from anywhere in Lima are some of the monuments that were built in memory of the death heroes. Lots of history, culture, friendship, gravity and skating are among the IGSA South American Series this weekend.

The view of the Pacific Ocean is in stark contrast to the village but downhill is fascinating the people of the village. There are volunteers working with the organizers for this race that has already became a Skate Festival. 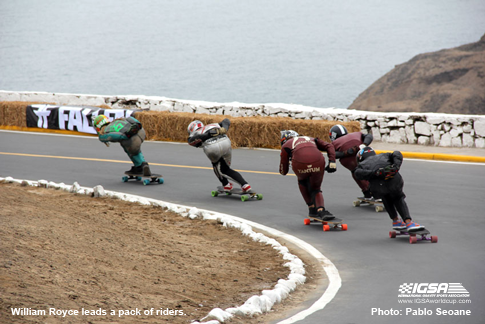 All racers had nine practice runs throughout the day with comfortable shuttles, a beautiful table full of fruits and cereals along with Energetic drinks all day long. Current IGSA South American points leader Dillon Stephens from Canada is one of the top contenders. He is joined by fellow Canadians Max Grandmiller and Nicolas Desmarais who both had strong finishes in the last two IGSA rounds. 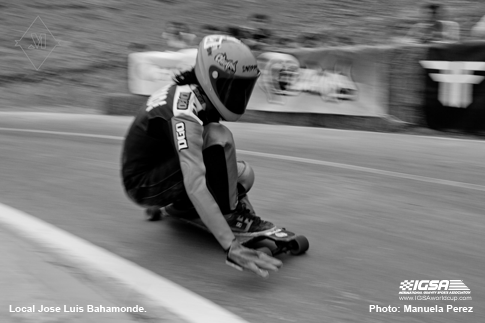 Felipe Malaga is the Top Peruvian Contender, Diego Alemparte from Chile, Luca Haleiwa from Argentina, Camilo Cespedes from Colombia and Brazilian Juliano Casemiro are the top contenders from the South American countries. Before practice got underway, old school and Peruvian Downhill pioneer Fico Largo opened the ceremony by being the first rider to drop the hill today. 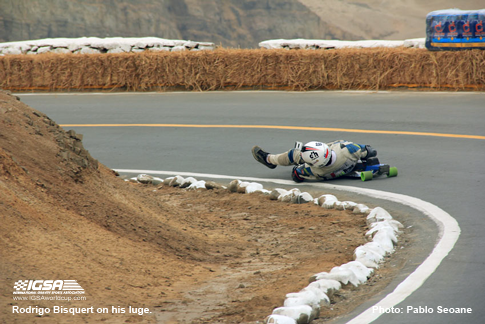 Tomorrow the event schedule has two warm up runs early in the morning and then two qualifying will be given to each competitor. The top 64 qualifiers will battle it out in two-man heats on Sunday down in the narrow circuit of Morro Solar.It´s night time now in Lima and the lights of the city are shining up the sky. 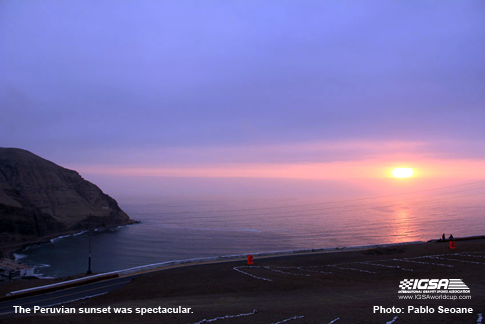