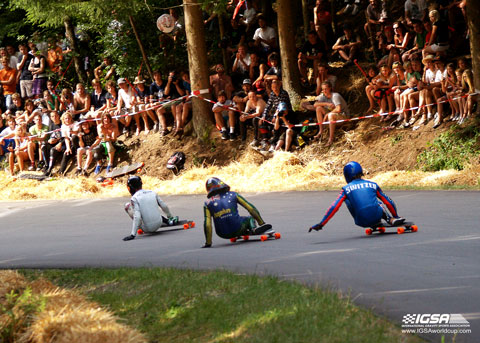 The 2010 IGSA Almabtrieb World Championships were held July 14-17 in Hungerzell, Germany.  Berlinka & Bradler Productions from Germany recently released this documentary that captures the event beautifully showing the high speed, technical nature of the course and some of the key personalities who are involved.

Special thanks to Stephan Risch who organized this great event!

The 2012 IGSA World Championships will be held August 31-September 2 at Canada Olympic Park in Calgary, AB, Canada.  This years event will feature live streamed video of the two Qualifying Sessions as well as the Final Elimination Rounds so downhill skateboarding enthusiests around the world will be able to witness all the action live.