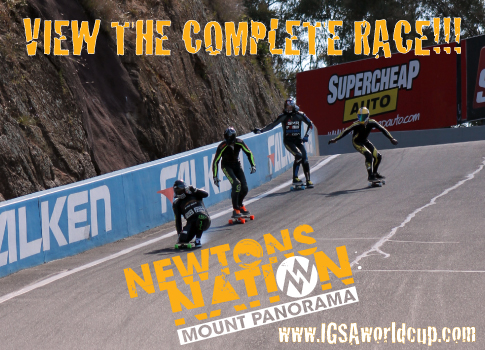 Our friends over at Hopkin Racing have put together all of the video footage from Newton's Nation.  The event was held April 27-29 in Bathurst, Australia and set new standards for coverage of downhill skateboarding events.

You can view the entire event from the timed qualifying runs to the qualifying races and right on through to the finals.  It was an incredible weekend of racing.

The videos will also give you a taste of what to expect when the IGSA World Champioship will be live streamed August 31- September 2, 2012 from Canada Olympic Park in Calgary, Canada.