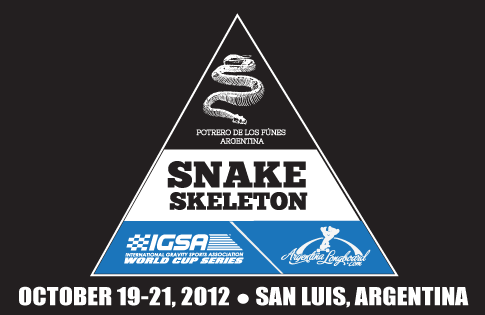 San Luis, Argentina - The 9th round of the 2012 IGSA World Cup Series gets underway tomorrow.  The Snake Skeleton Downhill takes place in the center of Argentina.  First held in 2011 as part of the IGSA South American Downhill Series, the event was very popular with both competitors and spectators alike.  Spectators came out in droves with Sunday estimates of more than 2,000 in attendance. 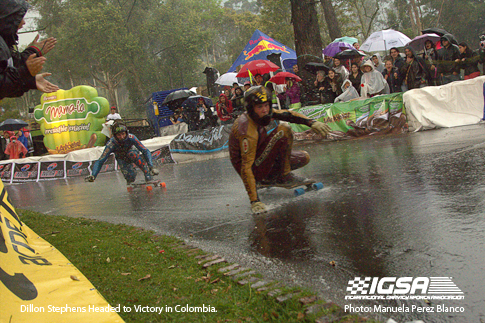 Bogotá, Colombia - After winning the first Festival de la Bajada back in 2010, Dillon Stephens from Canada wins the 8th round of the 2012 IGSA World Cup Series in Bogotá ,Colombia.

The round of 64 started in the morning under a sunny sky and mixed wet/dry conditions. As we reached the quarter-finals the black clouds started to appear from behind the mountains of Bogotá. While the bus was bringing the riders to start the semi finals, rain started to fall and became stronger by the minute. By the time we reached the finals, the hill was looking like a river in places.

Today´s qualifying for the Festival de la Bajada IGSA World Cup started early this morning under wet track conditions and sunshine at the Parque Nacional Olaya Herrera in Bogota Colombia. Using a new timing system with transponders and chips, all riders were able to make three qualifying runs before the rain came down soaking the new pavement of the fast, technical course. Since everyone understood that times would not get any better under wet track, plenty of practice runs were held preparing everyone for tomorrow´s day race.